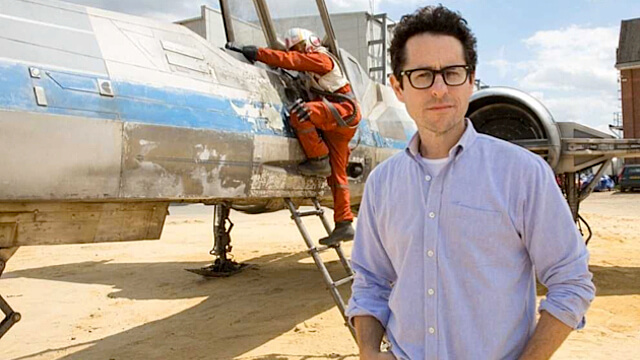 As a young child, I grew up watching “Star Wars” on the special edition VHS tapes that featured a George Lucas sit-down with Leonard Maltin. The two discussed the franchise for over an hour, with no real hint that a prequel series would be in theaters just four years later. At the time, I skipped over the interviews because I was five years old and honestly didn’t care. I didn’t know who George Lucas was, but I was very aware of Luke Skywalker, Han Solo, and the many characters I had grown to love. This was still a couple years before Lucas released the VHS set that would begin to tinker with the original trilogy. I’m aware now that my generation was one of the last to enjoy the films prior to the changes that have since come to define the franchise.

This was also prior to release to the release of “Star Wars: Episode 1,” and all we had as fans was that original trilogy and some old comic books. I would watch a different film almost daily, and became well-versed enough to understand what the prequel films would be about when they were announced. I even remember seeing the Vanity Fair cover for “The Phantom Menace” and being excited about the mere prospect of seeing the new movie. I saw Episode 1 for the first time in theaters on a school field trip (one of my classmates’ parents owned the movie theater in town), and for the first time, my friends and I were skeptical of the movies. It was a shocking change, and I think caused many fans to leave the franchise forever. The rest of the prequel trilogy further fueled skepticism, and soon an entirely different feeling toward the franchise: one of disappointment. While that skepticism evolved into borderline hatred for many of us Star Wars fans, the last couple weeks have given us, for lack of a better term, a new hope. The prequel series quality is still up for debate, especially for those who first came into contact with the series through the prequel films. However, the fact remains that we all knew where the story being told would end up. We knew Anakin had to turn to the Dark Side, we knew Luke and Leia had to be born, and we knew both Yoda and Obi-Wan would survive the film. We knew the Empire had to be formed. We knew the Emperor would create the Empire in some fashion, and that the Jedi would be all but hunted to extinction. And finally, we knew an event called the Clone Wars would be at the center of the trilogy in some capacity.

This time, we are walking into theaters, knowing almost nothing about the future of the franchise. J.J. Abrams is walking us into unknown territory despite the fact that many characters from the original films are returning. We have no idea what Luke Skywalker has been up to for some time, why Han and Chewie weren’t piloting the Millennium Falcon, or why Leia seems to be in a very different place than the other characters. We have been introduced to new characters like Rey, Finn, Poe Dameron, Captain Phasma, Kylo Ren and BB-8, but know very little about them outside of basic character details and look. The worlds that will be visited appear to be new and different. This is a side of a universe that we’ve not been to yet. This is probably one of the great strengths of the film as we approach its release. For the first time since “Return of the Jedi,” and honestly perhaps since “Empire Strikes Back,” the audience doesn’t have any true expectations of what should happen narratively. Abrams has given himself and the Star Wars universe new breath by creating a film that should give him the chance to really create his own story. Unlike the prequels, where audiences were filled in on missing pieces, this story looks to tell a chapter that none of us have knowledge on. While it is using an established IP, this film, like “Jurassic World” before it, is using our preconceived notions of a Star Wars film and is choosing to deliver its own take on the franchise.  We are in a unique place with the franchise that forever changed Hollywood, and it looks like Abrams may have done it all over again.  This franchise has a deeper connection with its audience than any other, and we’re ready for what it brings.