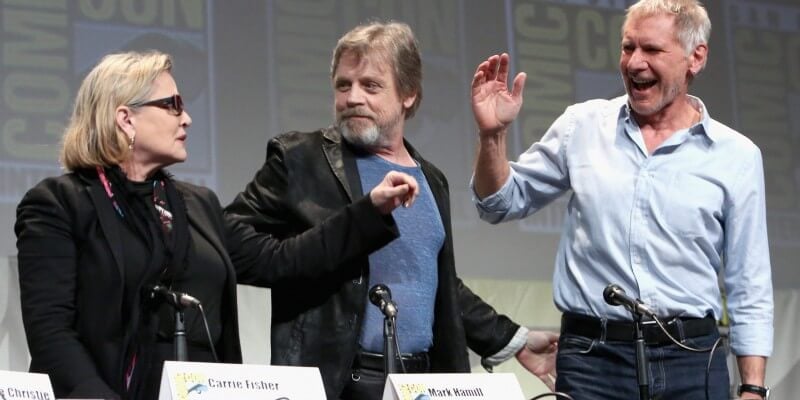 Luke Skywalker, also known as Mark Hamill, will be hosting a brand new “Star Wars” documentary about the history of the lightsaber on ESPN.

“Evolution of the Lightsaber Duel” promises a behind the scenes look at the training and effort it takes to choreograph and put together the films’ iconic lightsaber battles involving Skywalker, Darth Vader, Obi-Wan Kenobi and several other characters through both the original, prequel and new trilogies.

“What people don’t realize is how much goes into what appears to be just minutes on the screen,” Hamill states in a press release announcing the show. “The elaborate choreography for the actual fight is done on several different sets over a period of weeks and then it is edited down to what you see on the screens, so I am happy people are able to see the amount of work that goes into it.”

The show will feature appearances by “The Force Awakens” director J.J. Abrams as well as star John Boyega, who gets to wield a familiar-looking blue lightsaber in the new movie. Ian McDiarmid, who played Emperor Palpatine in the previous films, also makes an appearance along with stunt men and martial arts experts.

“Evolution of the Lightsaber Duel” airs on December 15 as part of ESPN’s SC Featured programming.