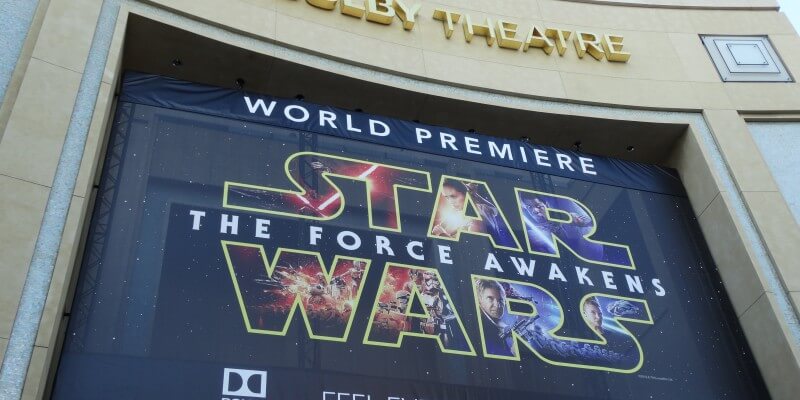 You may have watched Monday night’s live stream of the “Star Wars: The Force Awakens” world premiere in Hollywood, but the official presentation did not quite capture the extent and lengths that Disney went to to ensure that this movie had one of the biggest opening celebrations in movie history.

The entire block of Hollywood Boulevard was shut down for nearly a week as the red carpet was set up, and the event took place in a tremendous tent that ran down the entire street, similar to the way the area is shut down each year for the Academy Awards.

The movie itself played for premiere audiences simultaneously in three auditoriums: The Dolby Theatre, The El Capitan Theatre, and the TCL (formerly Grauman’s) Chinese Theater, all located within short walking distance of each other on Hollywood Boulevard. Naturally, this was a huge deal, many very famous people were invited, and after the event we now know that several hundred people have seen “The Force Awakens.” It’s good to know that the rest of us will have the opportunity to see it by the week’s end, as well. Comments Off on PHOTOS: “Star Wars: The Force Awakens” shuts down Hollywood Boulevard for premiere celebration