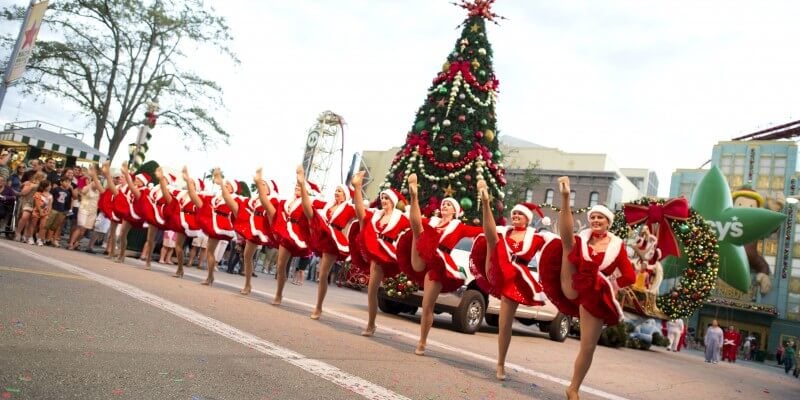 Grinchmas features Whos from Who-ville and the man himself, The Grinch. The show features the popular songs performed live like “You’re a Mean One Mister Grinch” and “Where Are You Christmas?” The entrance is located in Seuss Landing™, where guests are led to the theater where the popular Christmas movie comes to life on stage! The Macy’s Holiday Parade features tap dancing snowmen, a talented high kick dance line, and floats and “balloonicles.” If that word seems unfamiliar, a balloonicle is the combination of a balloon and vehicle. With a soundtrack that is sure have guests humming along, this parade is a must see for guests who love the holiday season!

The Macy’s Holiday Parade also has a new addition this year. The parade now features a new strand of blinking Christmas lights. After the parade finishes rounding through Universal Orlando, Mannheim Steamroller will be performing their Christmas hits on Music Plaza Stage, on the following select nights: December 5, 6, 12, 13, 19 and 20.