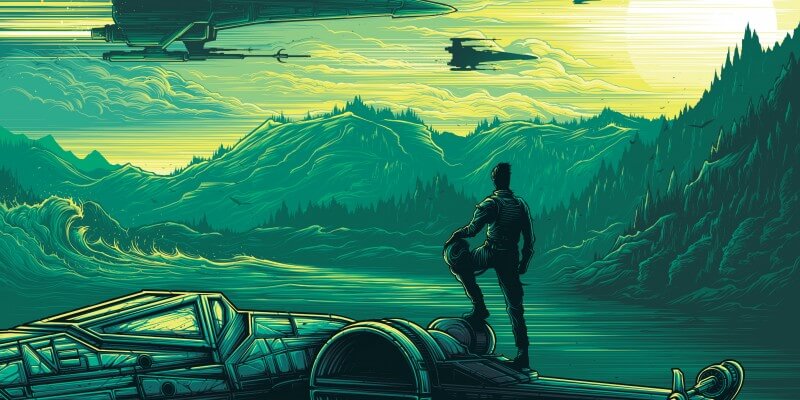 As part of its ongoing promotional campaign for “Star Wars: The Force Awakens” in IMAX 3D, AMC Theatres revealed two more brand-new exclusive posters for the movie on its Twitter feed. Copies of one posters has been given away to guests each Sunday since the film’s release.

The latest exclusive poster revealed features Captain Phasma standing in the burned ruins of Maz Kanata’s castle and will be given away this Sunday, January 3rd at AMC IMAX locations: This past Sunday’s (December 27th) poster centered around Poe Dameron staring off into a blue sky filled with X-Wing fighters: And the first poster in the series (which was given away the first Sunday of the movie’s release, December 20th) portrays Rey and BB-8 in the desolate battle-strewn wasteland of Jakku: Considering that these posters are only being giving away one day each, they are sure to become hot-ticket items in the collectible aftermarket, so be sure to get your tickets at AMC Theatres if you want to get your hands on one. There is still one more poster remaining in the series of four that will be revealed next week.