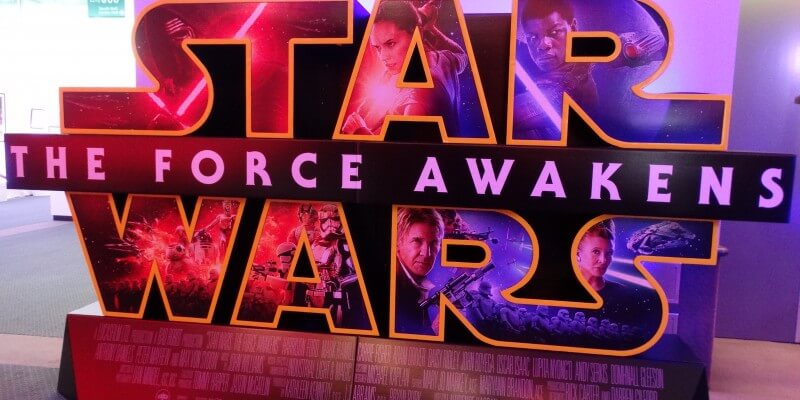 Have you felt the awakening yet? We speak of course about the considerable marketing push by Disney for the upcoming “Star Wars: The Force Awakens” that will be released in U.S. movie theaters in a matter of 10 days.

On Tuesday, the newest TV spot titled “Secret” was released with more of a focus on Daisy Ridley’s Rey character. The 30-second clip’s highlight is an extension of a previously-released scene in which Harrison Ford’s Han Solo hands off a blaster to Rey, telling her she might need it. Now we see her smiling back and saying that she can handle herself. Han’s response is a pretty good one in what is sure to be a fan-favorite moment.

Next up is a behind the scenes featurette that originally aired Sunday night on ABC Family that also focuses on Rey, with Ridley and co-star John Boyega explaining why Rey is such a strong character that will have universal appeal.

In another behind the scenes featurette called “Legacy”, a nearly two-minute long clip released over the weekend shows the sheer scale of one of the Millennium Falcon ships on the set, a fact which is not lost on Boyega as he sets his sights on it for the first time.

Conan O’Brien teased his upcoming Star Wars cast special that will air Dec. 17 on TBS and it will feature several of the stars of the movie including Ford, Carrie Fisher, Oscar Isaac, Gwendoline Christie, Adam Driver, Boyega, Ridley and director J.J. Abrams. Of particular important to die-hard Star Wars fans is the purported exclusive clip revealing whether or not Han really shot first in his confrontation with Greedo at the cantina.