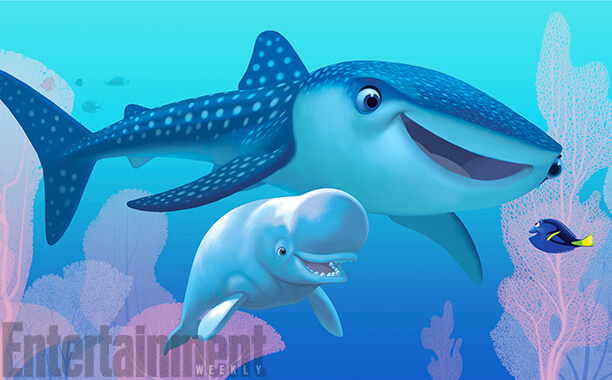 Set six months after the events of “Finding Nemo”, Dory (again voiced by Ellen DeGeneres) sets off on a quest to find her parents and along the way meets Bailey, a beluga whale voiced by Ty Burrell (“Modern Family”), and Destiny, a whale shark voiced by Kaitlin Olson (“It’s Always Sunny In Philadelphia”) at a marine rehabilitation center. “My character isn’t great at his own sonar capability, and Destiny has trouble swimming straight,” Burrell tells EW, further explaining that the duo constantly get on each other’s nerves.

EW also reveals that the duo will play an important role in the family reunion.

For more info on the film, click here to read the full article from Entertainment Weekly.