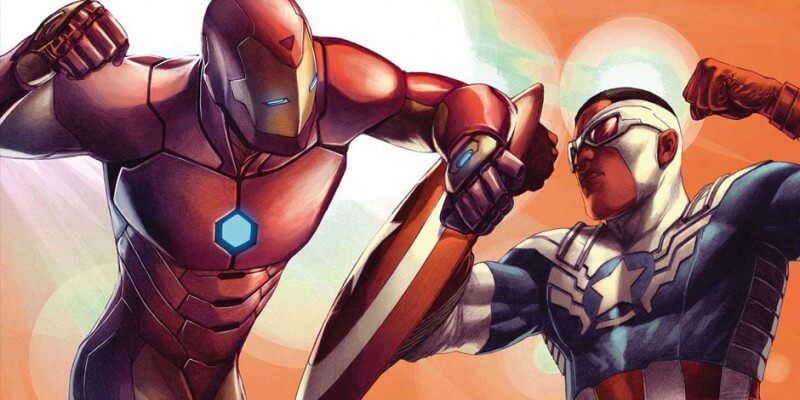 Back in 2006, Mark Miller and Marvel comics embarked on a series that was as controversial as it gets for mainstream comics. The “Civil War” event was cited by some as an important story to tell in the post-9/11 landscape, while others continue to criticize for its frankly lackluster conclusion. The series is best known for pitting Iron Man against Captain America, and is so recognizable that Marvel is using it as influence for “Captain America: Civil War.” The original series was focused on the passage of the Superhero Registration Act, a law that was signed into being for the heroes of the 616 universe.  The law was passed after the New Warriors failed to stop the villain Nitro, who exploded and killed over 600 civilians. The New Warriors were followed by a reality television camera crew, making their failure even more obvious to the masses. In doing so, Iron Man and Captain America took very different sides on the passage of the legislation, leading to Cap, Luke Cage and others to go into hiding.

The series will be led by author Brian Michael Bendis and artist David Marquez. The two are best known for their collaborations on “Cataclysm” and “Spider-man” runs (featuring Miles Morales). Bendis has been a much bigger deal in Marvel Comics history, especially as the man who created Jessica Jones with “Alias,” as well as “Ultimate Spider-man. ” He also worked on big arcs including “Avengers Disassembled,” “House of M,” “Secret Invasion,” and “Age of Ultron.” This seems like a slightly controversial choice, as the Marvel Universe just reset itself after the events of “Secret Wars.” With the upcoming “Captain America: Civil War,” it does make some sense for Marvel to fully capitalize on the buzz. As someone who read most of the comics associated with “Civil War,” I will say that I’m unsure of the decision. Part of me wants to see a more realized, and strong ending to a Civil War storyline, as the one presented in Civil War was not fulfilling at the end of so many comics. However, another part of me wonders if there even is a true ending that can satisfy. Time will tell, but needless to say, it is exciting to see as it will create as important implications to the Marvel Universe as its predecessor.