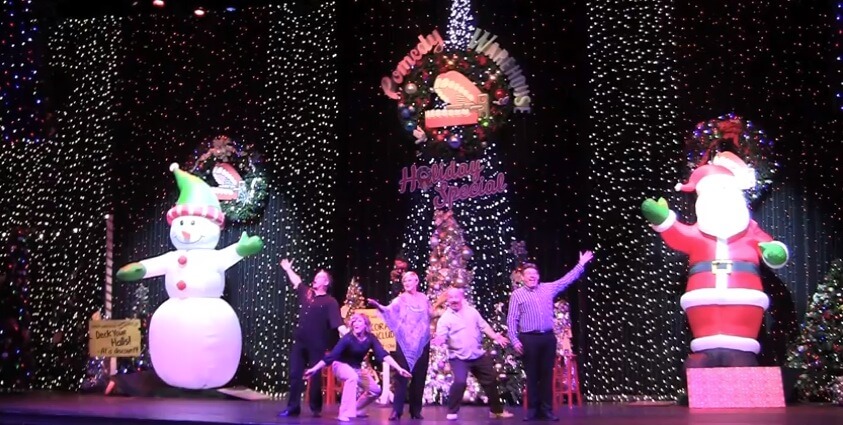 “The Comedy Warehouse Holiday Special” is returning to Disney’s Hollywood Studios for a limited time this holiday season!

This show is a family-friendly improv show, which has roots in the Comedy Warehouse nightclub that used to be located in Downtown Disney’s Pleasure Island. Some performers from the original show have even made their way to Hollywood Studios to perform!

Located in the Premiere Theatre, the show will run daily from Dec. 19 to Jan. 1. Don’t be expected to see the same show twice! The improv actors cater each show to a new audience!

The shows are included in regular Hollywood Studios admission.

Check out this video from 2014 to see what “The Comedy Warehouse Holiday Special” is like: