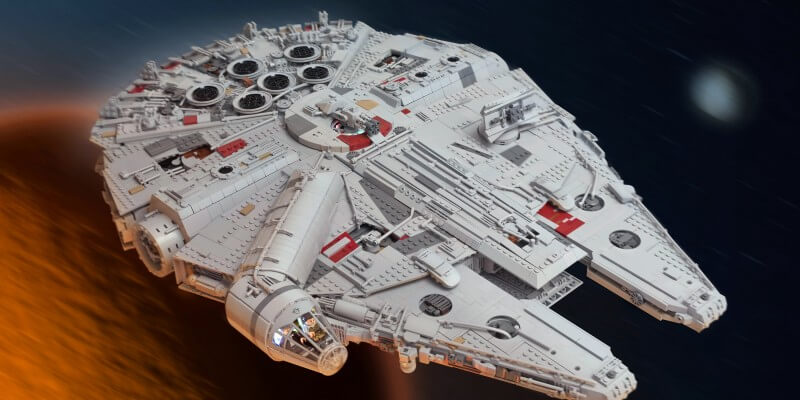 One Star Wars fan has taken his dedication and love of the movie series to the next level.

Flickr user Marshal Banana spent a year and used approximately 7,500 Lego bricks to build an incredibly detailed replica of Han Solo’s famous YT-1300 Corellian Stock Light Freighter, the Millennium Falcon. That’s over 2,000 more pieces than the largest official Lego Millennium Falcon ever produced– The Ultimate Collector’s Series version, which has not been available for years and frequently fetches up to $5,000 on eBay for a complete, sealed set. Marshal’s refit is essentially a thoroughly overhauled version of that set, with more authentic-looking exteriors and extensive lighting throughout. The interior decor has been omitted in favor of a sturdier support infrastructure. Marshal tells Entertainment Weekly the model also includes “a detailed cockpit (with 4 seats), gunner’s platform and a lowering ramp.” Be sure to check out Marshal Banana’s Flickr album for his custom-built Millennium Falcon below to see even more detailed close-up photos of his incredibly impressive work! 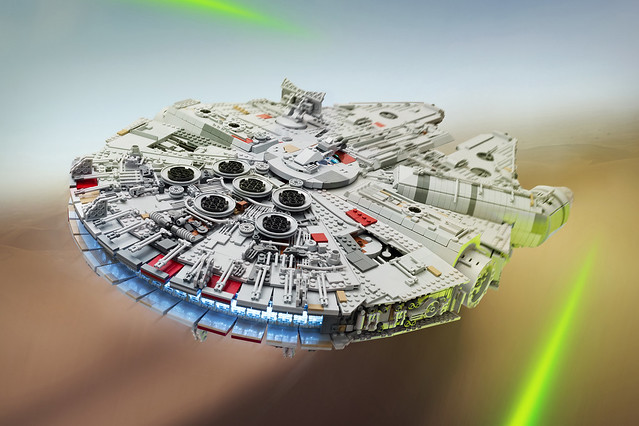