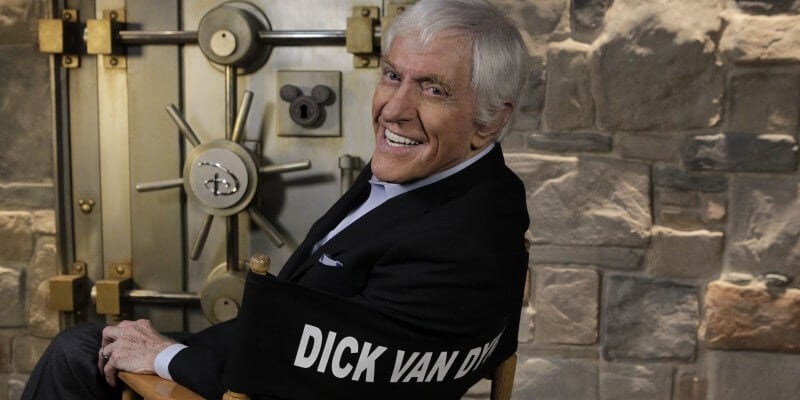 The Disney anthology TV series “The Wonderful World of Disney,” which has been running both steadily and intermittently on several different networks for more than sixty years, makes its triumphant return Saturday, December 12th with an airing of the beloved “Mary Poppins,” hosted by star and Disney Legend Dick Van Dyke, who played chimney sweep Bert in the award-winning 1964 film. Originally titled “Disneyland,” “The Wonderful World of Disney” premiered on ABC in October of 1954, where it was originally and famously hosted by Walt Disney himself, and has since aired hundreds upon hundreds of installments showcasing Disney movies and theme parks throughout the years. In this, the first episode of the series since the 2012 celebration of Cars Land’s opening at Disney California Adventure, Dick Van Dyke will take viewers on a tour through the Disney Archives, as they explore props and costumes from the production of “Mary Poppins” and discuss the film’s history and context within the Disney legacy. It will be the first time the movie has aired on broadcast television in thirteen years. “The Wonderful World of Disney” airs Saturday, December 12, at 8 p.m. on ABC.