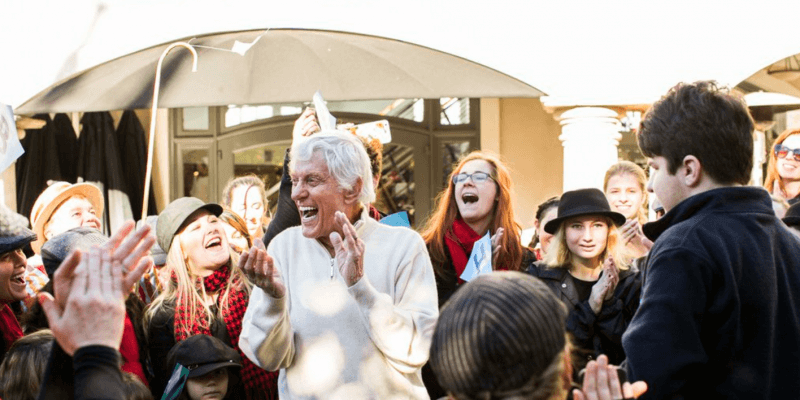 Over the weekend, Dick Van Dyke celebrated his 90th birthday in Los Angeles, California. Fans gathered at The Grove in LA on Saturday to show off a toe-tapping flash mob for Van Dyke. Filmed by Disney Examiner, Trevor Perez, this flash mob performed a dance to songs from 1964’s Mary Poppins including “Jolly Holiday” and “Step in Time.” And of course, the costume of choice? A chimney sweep outfit!

At 90 years old, Dick Van Dyke is still as active as ever. He even has a Twitter account! Over the weekend, Van Dyke tweeted,“I am very grateful that at 90 years old, I can still go out and play.”

Watch the flash mob and listen to Van Dyke sing along: