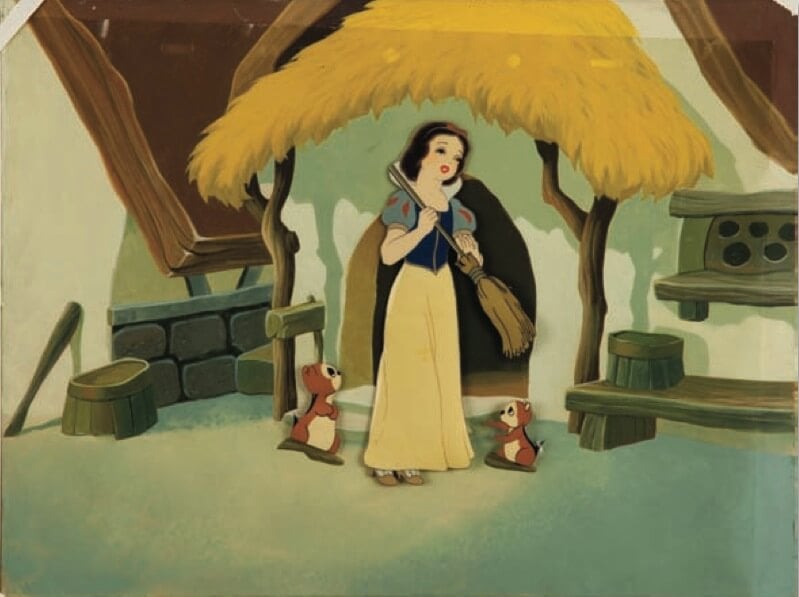 A brand new look at the making of Walt Disney’s first classic film is in store for fans with the ABC premiere of “Behind the Magic: Snow White and the Seven Dwarfs” on Sunday, December 13 at 8:00pm ET.

“Behind the Magic: Snow White and the Seven Dwarfs” explores the moment where folklore met filmmaking. With dynamic visuals including clips from the 1937 movie, film and audio recordings, and snapshots from Disney’s own personal archive, the special creatively showcases how the team at Disney stayed true to the message of the original story while tackling the creative and technical challenges of putting this humble fairy tale on the silver screen, creating history.

The special also features live action moments based on the original tale, shot with dramatic special effects treatments, as well as some cut scenes and characters from the animated film, uniquely transporting viewers to the making of Snow White and the Seven Dwarfs. The hour also explores how Walt Disney was possessed with making the film – leveraging everything, including his relationships and reputation, as well as mortgaging his home, smack dab in the middle of the Great Depression.

For more info, you can read the full press release here.