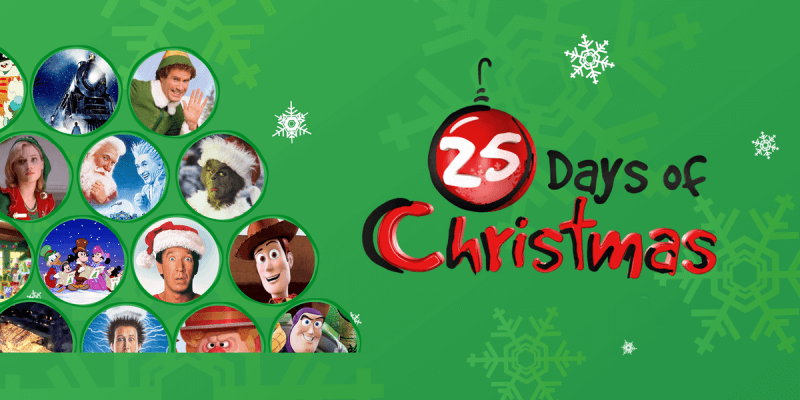 Have you tuned in to ABC Family for the 25 Days of Christmas? Here are the shows to watch this week! “Toy Story That Time Forgot” is a Christmas special featuring your favorite characters from the “Toy Story” films. This will air on Tuesday, December 15 (8:00-8:30 p.m. ET) The plot revolves around the characters as they find themselves in a post Christmas play date featuring a new cool set of action figures that are dangerously delusional. Just when Shrek thought he could finally sit back, relax and enjoy his happily ever after with his new family, the most joyous of all holidays arrives. It’s Christmas Eve, and everyone is filled with holiday cheer, except for Shrek. He isn’t exactly the picture of yuletide joy, but for the sake of Fiona and the kids, he tries to get into the spirit of things as only an ogre can. Unfortunately, everyone seems to have their own ideas about what Christmas is all about, so when Donkey, Puss In Boots, Gingy and the whole gang try to join in on the fun, Shrek’s plans for a cozy family celebration end up spiraling into one unforgettable Christmas. This special will air Tuesday, December 15th (8:30 p.m. ET) “I Want a Dog for Christmas, Charlie Brown!” centers on ReRun, the lovable but ever-skeptical younger brother of Linus and Lucy. It’s Christmas vacation and, as usual, ReRunÕs big sister is stressing him out, so he decides to turn to his best friend, Snoopy, for amusement and holiday cheer. However his faithful but unpredictable beagle companion has plans of his own, giving ReRun reason to ask Snoopy to invite his canine brother Spike for a visit. When Spike shows up, it looks like ReRun will have a dog for Christmas after all but then the real trouble begins. “I Want a Dog for Christmas, Charlie Brown!” will air Tuesday, December 15th (9:00-10:00 p.m., ET), on the ABC Television Network. “Disney Prep & Landing,” ABC’s first television special produced by Walt Disney Animation Studios, will air Thursday, December 17th (8:00-8:30 p.m. ET) on the ABC Television Network. The half-hour holiday special reveals the never-before-told tale of an elite unit of Elves known as Prep & Landing. Every Christmas Eve this high-tech organization ensures that homes around the world are properly prepared for the yearly visit from The Big Guy, their code name for Santa Claus. Prep & Landing: Naughty vs. Nice” will air Thursday, December 17th (8:30-9:00 p.m. ET) on the ABC Television Network. The yuletide adventures of Christmas elves Lanny and Wayne continue this season. With the Big 2-5 fast approaching, Wayne and Lanny must race to recover classified North Pole technology that has fallen into the hands of a computer-hacking Naughty Kid! Desperate to prevent Christmas from descending into chaos, Wayne seeks out the foremost Naughty Kid expert to aid in the mission, a bombastic member of the Coal Elf Brigade who also happens to be his estranged brother, Noel. For the 23rd year, Barbara Walters will host her annual “Barbara Walters Presents: The 10 Most Fascinating People of 2015,” a 90-minute ABC News special highlighting some of the year’s most prominent names in entertainment, politics, sports, and pop culture, airing Thursday December 17th (9:30 -11:00pm, ET) on the ABC Television Network.