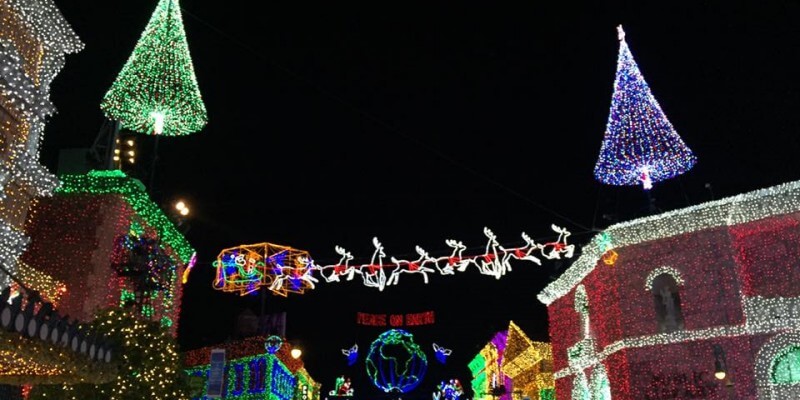 To help commemorate the final season of The Osborne Family Spectacle of Dancing Lights, Walt Disney World Annual Passholders can pick up exclusive “spectacles” at the event in Hollywood Studios that will allow them to enjoy the show in a brilliant new way.

To get a pair of the special glasses, Passholders must show a valid pass and a photo ID at Sid Cahuenga’s One of a Kind at Disney’s Hollywood Studios (right by the entrance to the park) starting at 5:30pm until the park closes. They will only be available on Mondays and Wednesdays throughout the event, which officially begins November 6 until January 3, 2016. There’s a limit of one per Passholder.

Wearing the spectacles will “make the lights dance even brighter”, according to Disney.

Add a dash more dazzle to your holiday cheer with special specs! Amidst a flurry of “fa-la-la-la-las,” Passholders can celebrate the last year of the Osborne Family Spectacle of Dancing Lights with a yuletide souvenir—exclusive spectacles that brighten the shine and create sparkling snowflake effects!

For more info, you can visit Disney’s official page for the event.