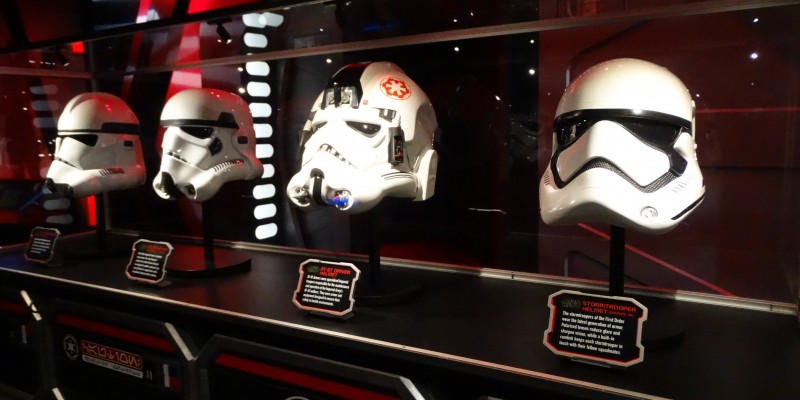 In addition to several previously announced additions to Hollywood Studios that will celebrate all things Star Wars, Walt Disney World has released details on some of the newer enhancements to the park that are coming soon.

“Symphony in the Stars: A Galactic Spectacular’’
A “dazzling Star Wars-themed fireworks show set to memorable Star Wars music from throughout the saga” for guests to concluded their day at the park now has a confirmed date of Jan. 5, 2016.

Galactic Food
Have you ever wanted to try that blue milk that Aunt Beru served at the moisture farm back in Tatooine? You’re in luck because Blue Milk Panna Cotta will soon be offered to guests as well as Padawan Limeade, BB-8 Lemon and Butter Cream cupcake as well as a Han Solo Souvenir Kid’s Meal.

Disney will also be offering a special dessert party to watch the fireworks display that will include special offerings such as a souvenir Chewbacca stein, themed desserts and specialty drinks.

Stormtrooper Patrol
As guests walk around the park, they may cross paths with a pack of First Order stormtroopers out on patrol looking for members of the Resistance.

These new elements will be incorporated into the park along with the Star Wars Launch Bay — where guests can pick between the light and the dark side and view an exhibit with movie props, art, merchandise as well as the opportunity to meet characters such as Chewbacca and Darth Vader — and the new enhancements made to the “Star Tours” attraction that will feature new scenes and characters from “The Force Awakens” as well as the newly redesigned Jedi Training: Trials of the Temple.

Some of the new additions to the park, including the Star Wars Launch Bay, will start on December 1. The new fireworks display, stormtrooper patrol and the themed food and beverage selections will be available beginning January 5, 2016.