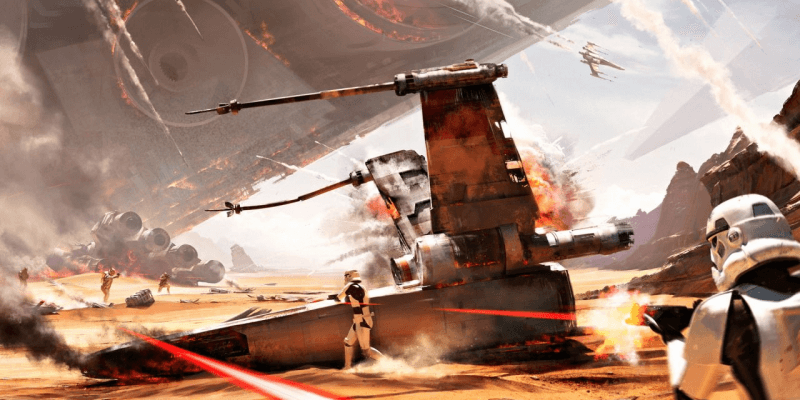 EA has released a new trailer with two weeks to go before the release of the highly-anticipated “Star Wars: Battlefront” video game on PS4, PC and Xbox One depicting the epic “Battle of Jakku” level.

Immediately playable for those who pre-order the game when it’s released, everyone else will have to wait a week to play “Star Wars Battlefront: Battle of Jakku” DLC. This intense battle takes place after the Rebel forces won the Battle of Endor at the end of “Return of the Jedi” and 29 years before the events of “The Force Awakens” as the New Republic attempts to wipe out the last remnants of the once-mighty Empire.

The aftermath and its effect on the desert plant of Jakku where Rey lives has been featured heavily in the teaser trailers leading up to the film’s release on December 18.

Now Star Wars fans can see for themselves what actually happened all those years ago when “Star Wars: Battlefront” awakens November 17th on Amazon and at major retailers.

Comments Off on VIDEO: The Battle of Jakku teaser trailer for “Star Wars: Battlefront” game released