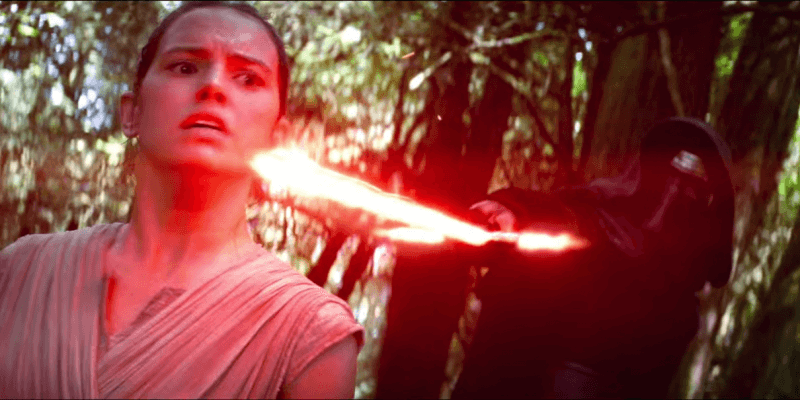 A new international trailer for “Star Wars: The Force Awakens” contains several shots not found in the U.S. trailer that was recently unveiled during Monday Night Football.

Rey’s character is explored more in-depth, with a wide shot of her outside of the downed Star Destroyer at her home planet of Jakku, presumably taking place just before the scenes of her exploring the inside of the ship that was seen in the U.S. trailer. We also see her possibly meeting BB-8, even though it was thought the two may have been long-time companions.

“Where do you come from?” asks Rey, with BB-8 beeping in response. “I know all about waiting…for my family.”

What could that mean?

There’s also a beautiful shot of Rey speeding along past moisture vaporators that instantly recalls Luke in Tatooine.

A chilling scene of her with Finn in Jakku realizing that the First Order is arriving features a stunning sun-drenched shot of TIE fighters closing in. These shots relate directly to several shots that have been previously released of the TIE fighters bombing the area near Finn, Rey and BB-8. They appear to be chasing Finn, who is clearly fleeing them after crash landing in Jakku with a damaged TIE fighter.

Another eye-catching scene is of Kylo Ren igniting his lightsaber as well as threatening a captured Rey with it.

We also see Chewbacca triggering an explosive, a quick shot of Leia as well as a red-armed C-3PO.