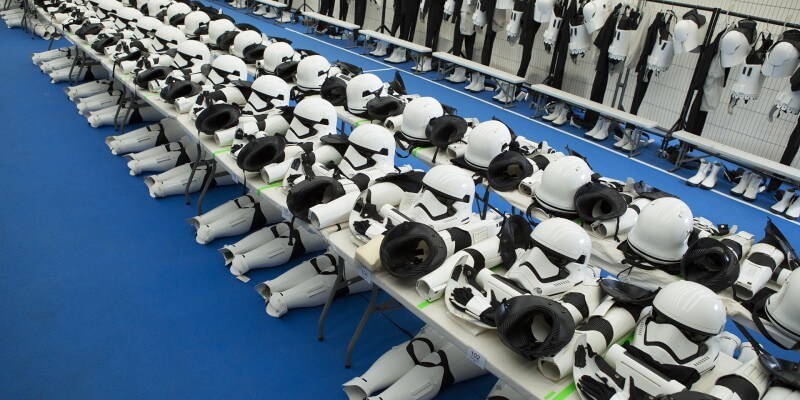 Now that there’s less than a month left to go before the theatrical release of “The Force Awakens,” it makes sense that Star Wars news of various shapes and sizes is going to be coming at us rapid-fire, so we’ll be collecting as many little tidbits as we can and curating them into Star Wars news roundup posts until the movie comes out, and likely for some time thereafter.

First up this week, we’ve got a cool video featuring Han Solo himself, Harrison Ford, who was kind enough to surprise some of the many donors to Disney and Lucasfilm’s Force for Change charity. In conversations via Skype that were later cut together into a promotional YouTube video, Ford announced a contest that will afford two lucky future donors to attend the premiere of “Star Wars: The Force Awakens with three friends in either Los Angeles or London.

Next up is a super nifty gallery of new retro-fitted car designs tailored to a number of different Star Wars characters (including Luke, Vader, Han, Wedge, Boba Fett, and even Jar Jar Binks) courtesy of artist Yasid Oozeear. You can check out the entire gallery at Carwow. Also this week WIRED magazine gave us a peek behind the scenes of the First Order Stormtrooper dressing room on the set of “The Force Awakens,” as a preview of their “Star Wars”-themed issue which will hit newsstands on December 10th. No surprise here, but apparently “The Force Awakens” has already racked up more than $50 million in advance ticket sales in North America, according to the Hollywood Reporter, with IMAX accounting for a third of all tickets. With less than a month to go before the movie is released worldwide (finally), it’s already breaking box office records.

And lastly this week, we’ve got an enticing glimpse at some concept art for what fans can expect when they go see “The Force Awakens” at Disney’s flagship theater El Capitan on Hollywood Boulevard in Los Angeles. Besides the laser light show that will precede every showing of the movie, El Capitan will also feature a exclusive gallery of props and costumes from the latest entry in the Star Wars franchise.