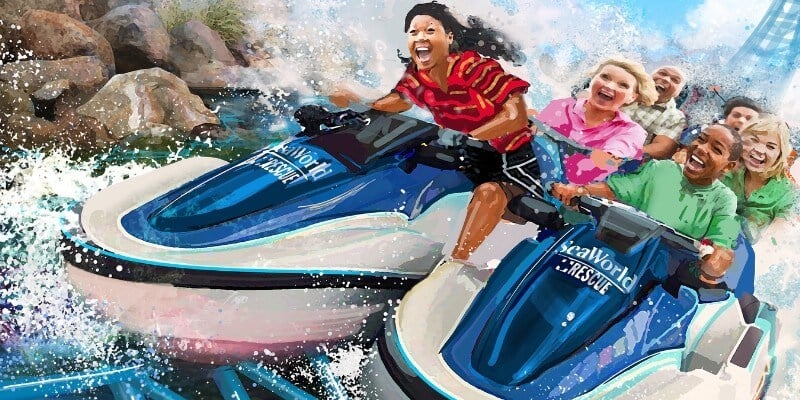 In a conference call to investors on Monday, SeaWorld announced plans to create rides based on the Saturday morning TV show “Sea Rescue” at their Orlando, San Diego and San Antonio locations.

President and Chief Executive Officer Joel Manby shared with investors and analysts other announcements, including the phasing out of their killer whale show in San Diego in favor an orca show highlighting their natural behavior as well as a focus on conservation and value pricing that will benefit consumers, in the conference call.

In the company’s press release that highlighted several key points of the presentation, the new “Sea Rescue” roller coaster was briefly mentioned.

Manby also provided investors and analysts details of new attraction concepts and seasonal events, including a SeaWorld Rescue-themed roller coaster and the addition of holiday shows and experiences featuring characters from the Christmas classic, “Rudolph the Red-Nosed Reindeer.”

“Sea Rescue” is an Emmy-nominated TV show aimed for kids that highlights animal rescue efforts made by SeaWorld Rescue Teams and partner organizations.

No word yet on when the attractions will open but they did share some concept art of what it could look like.