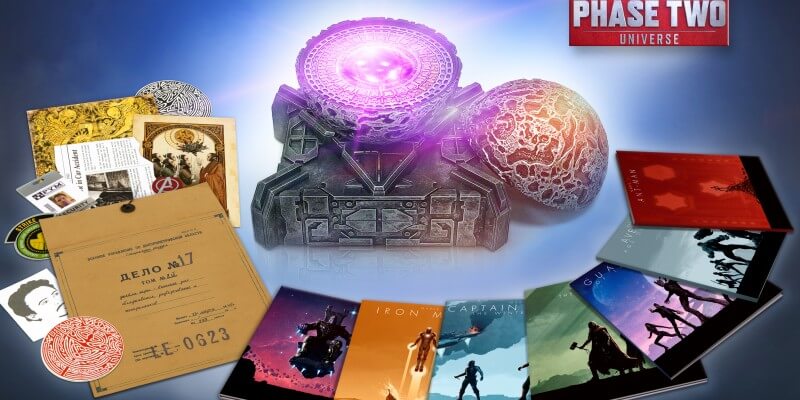 Anyone looking for a cool present for the Marvel fan in their life needs to look no further. This December, Marvel is releasing a collection featuring every film from “Phase 2” of the MCU. The set for Phase 1 was highly regarded, and part of what made it so appealing were the minimalist art pieces that functioned as sleeves for the Blu-rays.

For the new collection, a similar art design has been retained.

The art here was all designed by Matt Ferguson, who also designed the artwork for Phase 1. These pieces take a departure from the Phase 1 set by including more color in the character depictions. There are a lot of small details in these images that will make many fans happy, including the extra Iron Man suits and the HYDRA smoke. The pack looks exciting and also includes many of the “One-Shots” that fans enjoyed.

With such an interesting design, this may be the big gift to get the Marvel fan in your family who hates the fact they have to wait six months for “Captain America: Civil War.”

The Marvel Cinematic Universe: Phase 2 Collection is set to be released exclusively on Amazon on December 8th, 2015. It includes “Iron Man 3,” “Thor: The Dark World,” “Captain America: Winter Soldier,” “Guardians of the Galaxy,” “Avengers: Age of Ultron,” and “Ant-Man.”