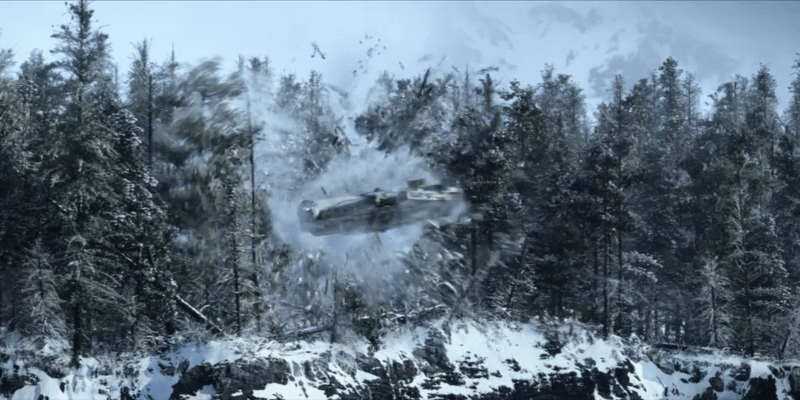 With a little more than a month until the premiere of “Star Wars: The Force Awakens”, more and more new footage of the hugely-anticipated flick continues to be released.

Earlier this month, the full trailer debuted during halftime of Monday Night Football, giving fans the most comprehensive look yet at the film.

But more new scenes continue to arrive for fans with an insatiable appetite in the form of an international trailer boasting several new shots and now a new TV commercial with plenty to digest.

The force is calling to you… Check out the first official TV spot for #StarWars #TheForceAwakens. https://t.co/tsKiEvZAK7

Rey would seem to be the focus again here, as she was in both the U.S. and international trailer, with Finn a close second. We see Rey in action a little more here, both in the desert world of Jakku as well as at the as-yet-unnamed forest world in which she is (briefly?) held captive by Kylo Ren and the First Order. We also see her at the controls of the Millennium Falcon (how she learned to quickly fly the “fastest hunk of junk in the galaxy” remains a mystery).

Speaking of the Falcon, we also see it glide down beautifully into that unknown forest world that plays a big part in “Force Awakens”. Apparently, this is where the pirate Maz Kanata, a motion-capture character played by Lupita Nyong’o, lives in a fortress. This is her voice we hear in both the trailer and in this new clip, but so far she has only been spotted in the movie poster and not in any released footage.

“I have lived long enough to see the same eyes in different people,” she says. “I see your eyes. I know your eyes.”

Who she is saying that to remains a mystery for now, but it’s somewhat telling that there’s a shot of Han Solo while the dialogue plays.

Still no Luke Skywalker anywhere, at least visibly, but it’s yet another fantastic teaser as we await the release of the movie in U.S. theaters on Dec. 18.