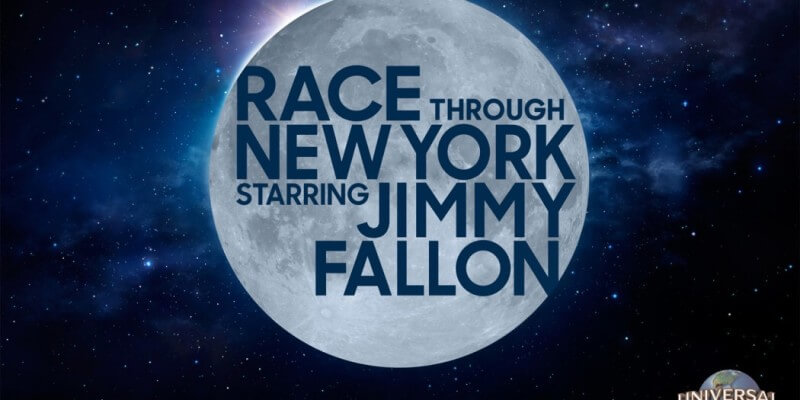 As if there was any doubt with the announcement of the what’s exactly replacing the recently closed attraction “Twister: Ride It Out”, Jimmy Fallon released a few images on his social media accounts of the first steps he’s taking for the project.

After taping of last night’s episode of The Tonight Show wrapped, Jimmy once again took to his old home stage at Saturday Night Live for some live recoding that will play a part in his 3D adventure; “Race Through New York starring Jimmy Fallon”. Given the title of the upcoming attraction, and the small bits of information given, it seems that the “race” will involve a vehicle of some sort, but only time will tell how the plot goes and what action will ensue. In his posts, Jimmy mentions praise to the team at visual effects powerhouse Industrial Light and Magic, who we now know are involved with this project. As you can see in the photos above, he’s donning a black Lycra motion capture suit while in the photo below, you can see the application of tracking marks being placed on his face by makeup artist Cyndie Lou Boehm. Motion capture, or performance capture as some call it, is where a computer is used to track the movements of a subject, in this case, Jimmy. The suit he’s wearing and the black dots along his face allow his human movements to be digitally recorded and ingested into a computer program, where the data can be mapped onto a digital 3D model of any sort. This process provides the ability of a computer generated image to move and act in the same ways as the human actor portrayal. It provides flawless, lifelike animation that we see on the big screen today.

Think of Cesar the ape in Dawn of The Planet Of The Apes. Behind the CGI creation, was a real actor playing the role scene for scene. Nearly all the CGI apes in that film had real actors, looking almost identical to Jimmy, black Lycra suits covered in ping pong looking tracking balls and dotted faces. The same goes for James Cameron’s global smash, Avatar. The big blue Na’vi characters were all digitally recorded human actors first, before being transformed into the groundbreaking realistic alien characters you saw on screen. Or even if Jimmy’s face becomes the face you see on the Statue of Liberty, it’s possible through this application. And hearing that ILM is playing a role in this 2017 attraction, you can expect nothing but the highest quality. Be sure to stay tuned to Inside The Magic as we’ll continue to share more information when it’s revealed.