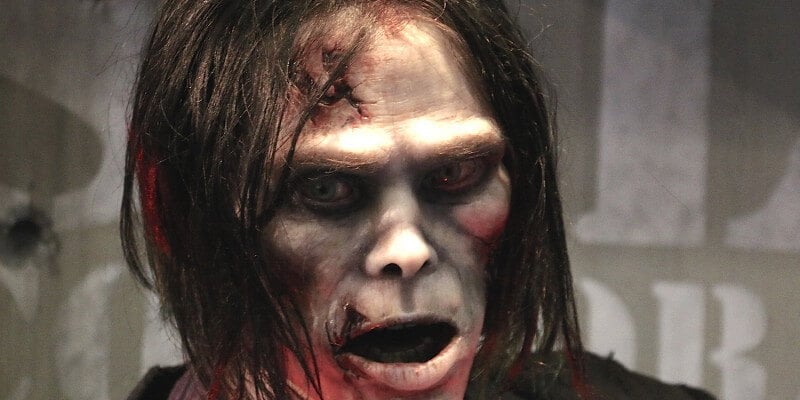 The Walking Dead: Battle for Survival will be a mixed media ride featuring familiar settings and characters from the TV show using a combination of live animatronics and effects with projections, all producing plenty of scares. The first animatronic zombie / walker was shown off at the Orlando convention. Designer Rich Hill says it’ll be a bit scarier than most dark rides, not necessarily for all ages, but the gore will be toned down a bit from the show.

There is no location set yet for the ride, but Hill says they are in the midst of making a deal for it to find a home in a major theme park. The ride concept has been fully drawn up, it’s simply waiting for a buyer to sign off.