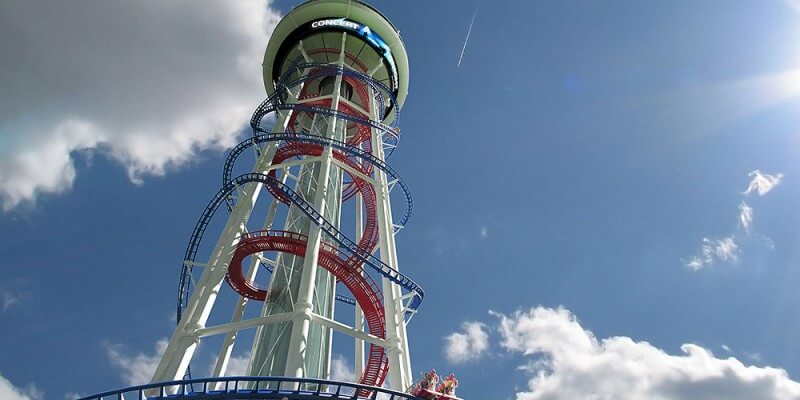 The Skyscraper at SKYPLEX™ will now include a 524-foot vertical lift coming 24 feet under the ground and up to its highest point of 501 feet tall. This lift will be the fourth world record planned for the Skyscraper “polercoaster.” Other records to be broken include, world’s tallest roller coaster, world’s tallest inversion, and the world’s steepest drop.

SKYPLEX will be located on International Drive located on 14 acres. This will be Orlando’s largest indoor theme park with multiple attractions like SkyFly free fall zip line, countless simulators and a numerous amount of rides and games. SKYPLEX will also include the opportunity for upscale restaurants, retail, and bars.

The Skyplex project will only be built if it makes it past the Orange County meeting on December 1. Anyone in favor are encouraged to send an email of support to planning@ocfl.net and/or show up to the meeting in person. Wallack is hoping to get worldwide attention for this endeavor that quite literally could change the face of Orlando.