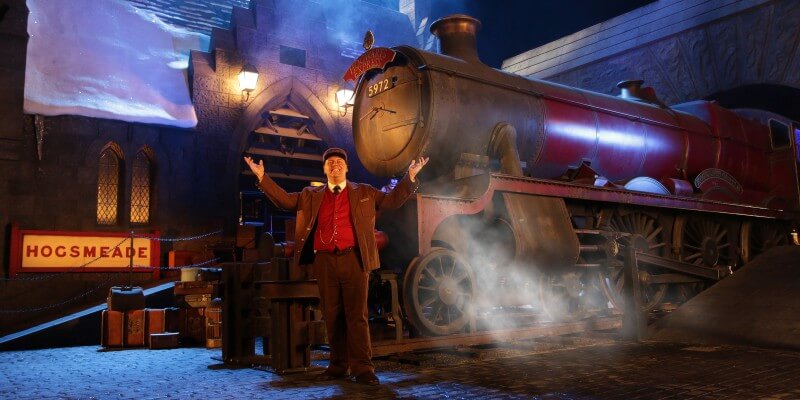 In anticipation of the Spring 2016 launch of The Wizarding World of Harry Potter at Universal Studios Hollywood, a virtual tour is being launched for fans to get their first glimpse.

The first in the series was released today on Universal’s recently-launched interactive website and is hosted by the Hogwarts Express conductor.

The video gives fans a taste of what’s to come, with stops at familiar locations such as Ollivanders wand shop, Three Broomsticks and Honeydukes. Several years of planning and construction by Universal aims to give guests a real world interpretation of the works of J.K. Rowling and the film adaptations. According to the company’s press release, the new addition to Universal Studios Hollywood “will be faithful to the visual landscape of the fiction and films, including Hogwarts castle which will serve as its iconic focal point”.