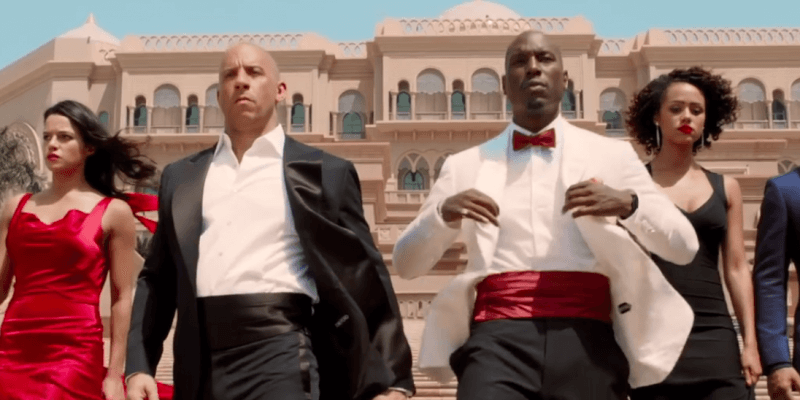 While some have prophesied that the Fast and the Furious series would begin to wrap up with the death of star Paul Walker, it seems that Universal and Vin Diesel have other ideas. According to an exclusive interview with Variety, Diesel and Universal higher ups Donna Langley and Jeff Shell indicated that various films have already had preliminary discussions. Shell notes that it’s going to be hard to simply do bigger stunts each time, making an emphasis on story important moving forward.

With Furious 7 grossing $1.5 Billion worldwide and the film becoming the 5th highest grossing movie of all time, it’s not really a surprise that three more films are in the works. Diesel’s commitment to the role is not surprising either, as other potential franchises (Riddick, The Last Witchhunter) have not quite resonated with audiences the way that Dominic Toretto has over the past fifteen years. It’s hard not to speculate about what films may come from this pipeline. The obvious character that could be explored is Dwayne “The Rock” Johnson’s Luke Hobbs, who has quickly become a fan favorite despite ongoing feuds with Diesel. Another that pops to mind is Kurt Russell’s Mr. Nobody. In either case, telling action packed films surrounding government agencies and terrorists seems like a no-brainer for the franchise.

In quick discussions with friends who are huge fans of the movies, we speculated that there could be heist movies with Tej and Roman, Han or Gisele solo films, Letty’s undercover work that leads her to Shaw, Shaw Brothers movies, or even an origin story about Dominic’s assault prior to the original film. Considering the stunts of Fast 7, the sky isn’t even the limit for this franchise. For anyone who is a fan of the franchise, this is welcome news. In the meantime, we’ll have to wait for Fast 8 to satiate our appetite.