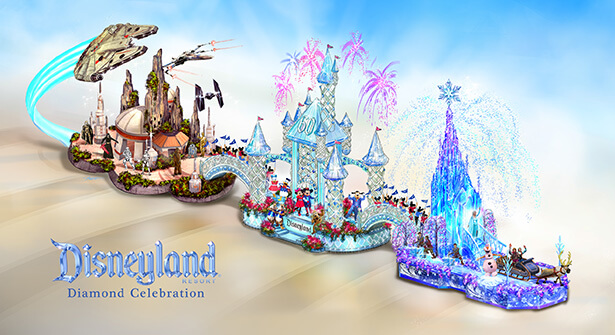 When the Rose Parade kicks off in Pasadena , California on January 1st 2016, Disney will be bringing some extra magic to the parade.

To celebrate their 60th anniversary Disneyland is bringing an all new 3-part parade float to the Rose Parade featuring a stunning recreation of Sleeping Beauty castle. The first part of the float will feature the lovable Frozen characters and the last part the exciting universe of Star Wars.

The Rose Parade will be broadcasted live on TV, check your local listing for times.

This is not the first time Disney has been a part of the Rose Parade and you can see some of their past parade floats below.