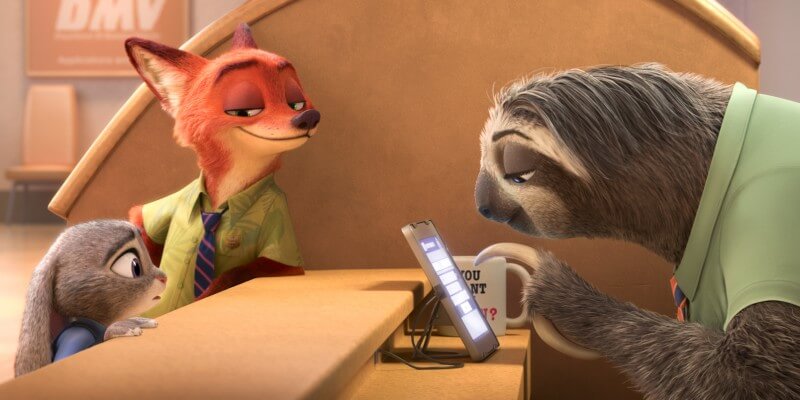 Disney’s “Zootopia” has a hilarious new trailer out today that lays out the film’s plot involving the two main characters trying to solve a case in 48 hours.

Rookie officer Judy Hopps (voiced by Ginnifer Goodwin) is the first ever bunny on Zootopia’s police force and is predictably a bundle of energy ready to prove herself to her peers. She’s partnered with a wisecracking “scam-artist” fox called Nick Wilde (voiced by Jason Bateman) on her first case.

The trailer starts off with a bang as we’re introduced to the sprawling metropolis as Judy sets off to make an arrest. Soon though, the trailer’s fast pace slows to a crawl as Judy and Nick pay a visit to the DMV to run the license plate of a suspect.

“Zootopia” is Disney’s 55th animated feature film and is set to be released in the U.S. on March 4, 2016. It is co-directed by Byron Howard (“Bolt”) and Rich Moore (“Wreck-It Ralph”) and stars Bateman, Goodwin, Shakira, J.K. Simmons, Tommy Chong and Bonnie Hunt among others.