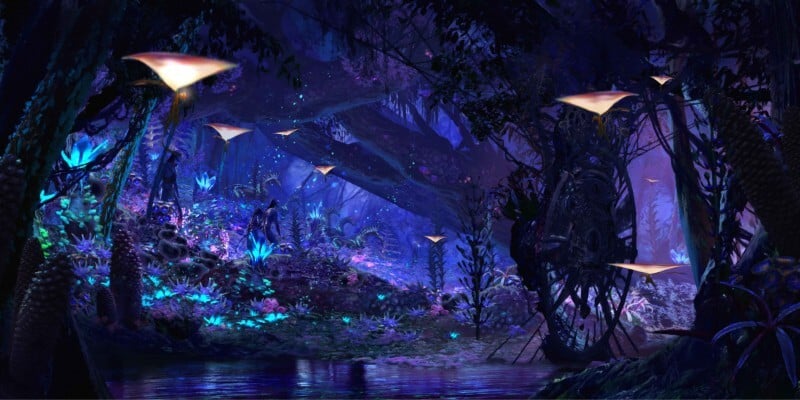 As Walt Disney World continues to work on the new Animal Kingdom expansion based on James Cameron’s “Avatar” scheduled to be completed by 2017, new details on Pandora – The World of Avatar have been scarce as of late.

Speaking at the D23 Expo Japan, Walt Disney Parks and Resorts chairman Bob Chapek gave an update on one of the new attractions that will be located there, according to the official Disney Parks Blog.

Pandora – The World of AVATAR will bring a variety of new experiences to the Park, including a family-friendly attraction called Na’vi River Journey. The adventure begins as guests set out in canoes and venture down a mysterious, sacred river hidden within the bioluminescent rainforest. The full beauty of Pandora reveals itself as the canoes pass by exotic glowing plants and amazing creatures. The journey culminates in an encounter with a Na’vi shaman, who has a deep connection to the life force of Pandora and sends positive energy out into the forest through her music.

No word yet on whether the new attraction will include a skipper cracking constant jokes throughout the ride but keep checking Inside the Magic for further updates on the new addition to Animal Kingdom as we get them.