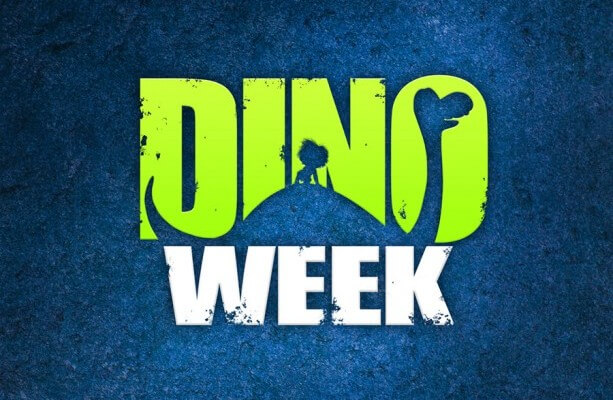 With only a week until the Pixar’s The Good Dinosaur stomps into theaters, Disney is starting some enjoyable experiences for the Dino-lover in your family. According to the DisneyParks blog, Disney is celebrating “Dino Week” that began on November 14th and runs until November 22nd. This weekend at Disney Springs and at California’s Downtown Disney several events celebrating Dinosaurs will be under way.

Part of this celebration will include special decorations around each location, bringing some of the characters from the movies to your local Disney area. DJs and dance parties should help keep kids and adults entertained as they hear some of their favorite tunes. What sounds really exciting is the promise of meteor shower lighting effects at night, as well as photo ops and giveaways at each location. With Rainforest Café and the T-REX restaurant also involved, they will be a great place to grab a bite to eat.

In addition to the celebration at Disney Resorts, Dino Week has already brought about the release of new footage of the film. Rather than showing these clips as TV spots, they show between 15 seconds and a minute and half of footage from the film. All of the clips are enjoyable, and also give some credence to rumors this film could be a little shocking for some viewers. Parents wanting to make sure the film is appropriate for their child should probably check out the “Butch’s Scar” clip and gauge how their child might react. All in all, they showcase more incredible animation and might help convince anyone on the fence to see the movie.