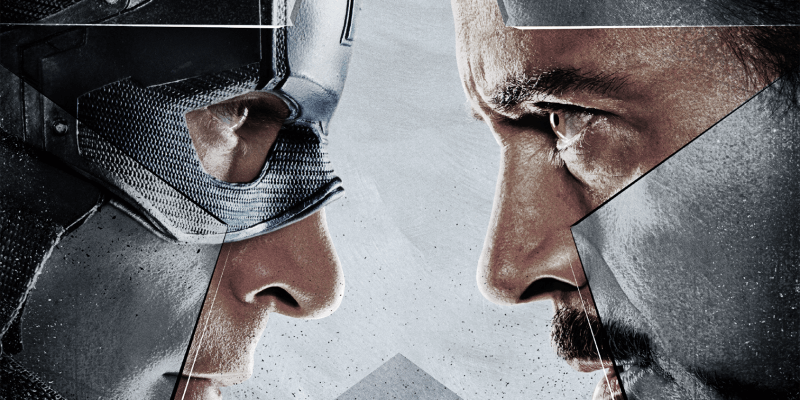 The new trailer for the heavily-anticipated “Captain America: Civil War” debuted Tuesday night on Jimmy Kimmel Live and was presented by none other than stars Chris Evans and Robert Downey Jr.

The two co-stars also showed off the new poster for the film, which is set to hit U.S. theaters on May 6, 2016. It will also feature Scarlett Johansson, Don Cheadle, Jeremy Renner, and Paul Rudd, among others returning to the MCU. According to the press release, the film’s plot centers on the Avengers “(splintering) into two camps — one led by Steve Rogers and his desire for the Avengers to remain free to defend humanity without government interference, and the other following Tony Stark’s surprising decision to support government oversight and accountability”.