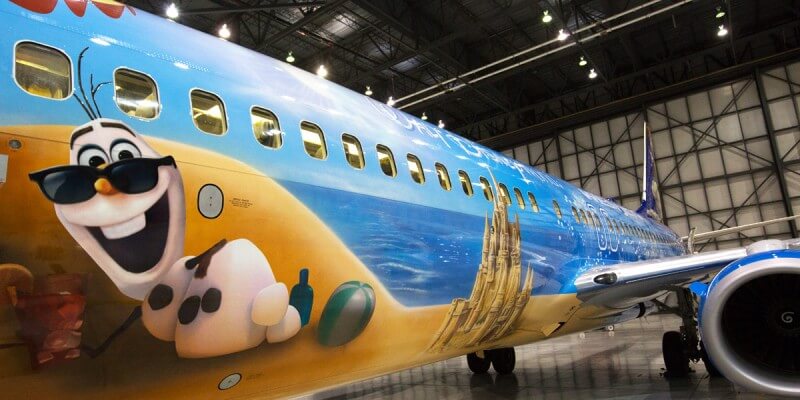 Frozen mania continues with the announcement from WestJet that their newest plane is decked out with imagery featuring Anna, Elsa and Olaf to help promote Walt Disney World in sunny Orlando, Florida. Disney Parks Blog revealed that Disney artists collaborated with WestJet to create the unique airplane, which will operate flights throughout their network as well as to Orlando. For inspiration, the team watched the movie before beginning work on the plane, which took 21 days with 12-hour rotations so that the plane could be constantly worked on 24/7 by a team of six painters.

Additionally, the staggering amount of detail extends to the interior, where there are also 54 unique Frozen decals for each of the overhead bin doors. For more info on this  plane, check out the Disney Parks Blog.