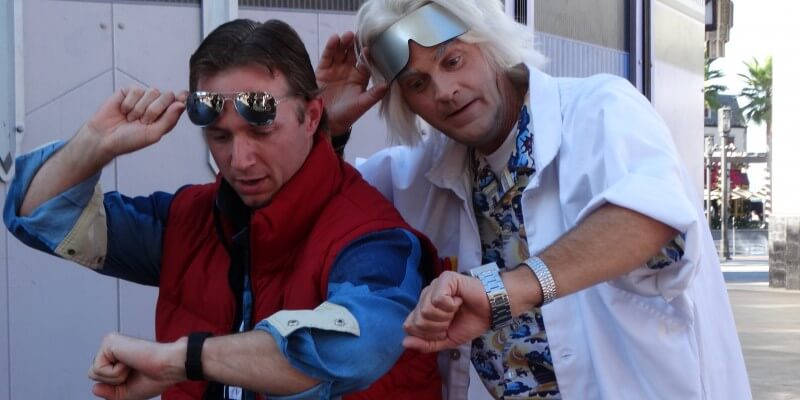 October 21st, 2015: a day long anticipated by Back to the Future fans all over the world. And Hollywood, California was no exception.

A private, hard-ticketed party was held on the backlot, but up the hill in the park itself Dr. Emmett L. “Doc” Brown made an appearance to meet and greet with the crowd.

Doc gave us his thoughts and advice on the future, and even offered to fix a young girl’s non-functioning hoverboard. He also posed with several fans who came dressed for the occasion as Marty McFly. So don’t forget, as Doc says, “the future is what you make it. So make it a good one!”

Comments Off on VIDEO: Doc Brown offers thoughts on the future during Back to the Future Day at Universal Studios Hollywood