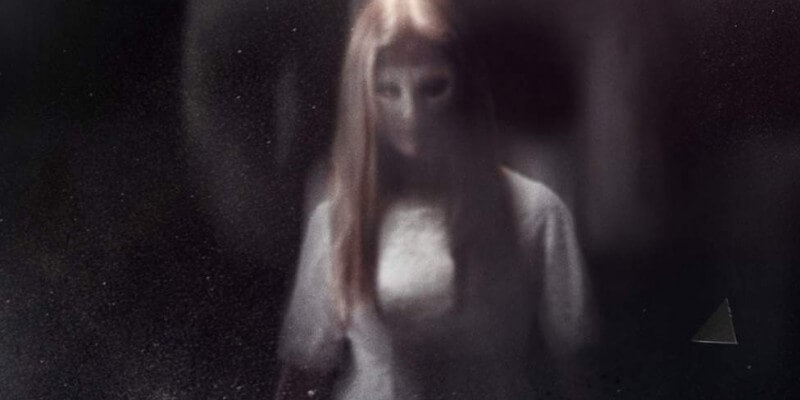 Making the drive to downtown Tampa, Florida last weekend, it was impossible not to become anxious knowing that an entirely new kind of Halloween experience was about to make its grand debut.

The Vault of Souls has come to Central Florida from former Busch Gardens Tampa creative director Scott Swenson. He was the mad mind behind the park’s Howl-O-Scream for many years. But after losing that job late last year, he set out to reinvent the haunted attraction as something entirely new.

It all begins in a fantastic location, which Swenson was fortunate to secure for this Halloween season: Tampa’s historic Exchange National Bank. The stately building first opened nearly 100 years ago in 1923, still retaining all of its grandeur and glory today. The building has since become known as The Vault, a flexible space rented out for weddings, private parties, fundraisers, art exhibitions, and other events. Thus The Vault of Souls has moved in for a few weeks, using every available part of the space to its advantage. Guests are welcomed to the building by a vintage car parked out front marking the included valet service. Inside, a few well dressed men and women greet everyone as they enter.

Suspense builds further, as no sign of anything sinister is seen just yet. In fact, it’s quite the opposite as a rather elegant, sophisticated space, leaving everyone quite curious. Once checked in, an impressive expanse is revealed as the first stop of the experience. The Arrival, as they call it, is a chance for guests to mingle with some interesting characters and enjoy a drink or two. The house special, the Vault Ventilator, is quite good – vodka with cucumber, mint, and lime, served atop dry ice for a fun effect. Some simple hors d’oeuvres are also served in this cocktail party. There is absolutely nothing scary about this portion of the experience, as Swenson devilishly insists that guests’ fears will be revealed to them once they descend into the building’s basement. Enter The Vault of Souls’ second act, The Ritual. This is where the majority of the “haunted” experience takes place. Unlike in a traditional haunted house, which has guests walk through a linear path, one immediately following another hoping for some startles, The Vault of Souls is entirely free form. Ordered to wear anonymity-creating white masks and stay silent for the duration of The Ritual, guests are led down an elevator with no idea what to expect next. What specifically unfolds next depends entirely on what guests decide to do. There are multiple paths to take, which can be explored with others or alone. From there, the paths branch out further as spaces transform from ordinary hallways to fully designed rooms. And within these rooms (most of which are effectively dead ends), wild characters await. There’s the lonely business man, the arguing couple, the playful (but a bit creepy) kids, the insightful doctor, the vault security guard, and many more.

Suspense reaches its peak as guests wander freely, trying to find each of the experience’s widely different scenes, some hidden behind secret doors. There’s a feeling of excitement in “unlocking” each of those moments.

From there, character moments play out as individual vignettes, seemingly unconnected to each other, but each designed to elicit some kind of response. These “souls” wandering the vault’s basement appear to be destined to repeat their actions in perpetuity, no matter how many times they are visited. They are trapped there, presumably dead, living out their afterlives here.

Some of these vignettes are eerie, others comedic, and others quite intimate. Guests are lightly touched, though touching back is not allowed. There are loud noises, darkness, strobe lights, and an occasional gimmicky startle or two. But largely, this is a theatrical presentation in which guests are meant to feel something in each scene, but what they feel is entirely up to them. Swenson believes any fears that guests will find down in the basement will come from those they arrive with, brought to the surface by how scenes play out. If guests are afraid of the dark, there is definitely a scene that will trigger that fear. But the implicit fears get much more specific than that. Guests who have a hidden addiction or perhaps are self conscious of their poor reading skills may find themselves feeling “outed.” It’s a chance to face whatever demons they have bottled up inside. Those who arrive without many fears in the world may find themselves rather disconnected from the many experiences within, left simply wondering what exactly is the point of it all.

The suspense never ceases, to its own fault. Each of the scenes is all rising action, but none ever seem to come to a climax, leaving guests in a constant state of suspense as if they are still missing something. But that something never surfaces.

Though The Vault of Souls seems to be advertising some sort of connective tissue between these individual vignettes in the form of an elusive character named Lucy, that connection is never in any way made clear during the experience. And after about an hour, when everything seems to just be repeating itself, guests may find themselves desperately searching for the hidden exit.

There is some gentle encouragement for guests to explore the spaces fully, read everything written, and search for the mysteries hidden within. But little of it seems to have any real meaning to the story, or at least none that can be reached within the time spent there. Instead, it creates some level of frustration that nothing seems to have a purpose of being there other than to simply entertain. But as different as The Vault of Souls is, it is definitely not entirely new. It uses some elements of the haunt world, but largely draws direct inspiration from existing immersive or interactive theatrical experiences. The most obvious comparison is to the long-running immersive theater production in New York called “Sleep No More,” which allows its audience to freely explore a grand space on their own, witnessing performances around them, all while remaining completely silent and wearing a white mask. The similarities are obvious and don’t end there.

For fans of the immersive theater world, there will no doubt be moments while wandering The Vault of Souls that seem awfully familiar. But anyone who has never had the opportunity to step into atmospheric entertainment like this will surely be blown away by the freedom it allows. This experience does capitalize on guests’ ability to pace themselves and explore on a whim, adding individual attention from actors to create a rather personalized evening.

The Vault of Souls does indeed entertain in a theatrical sense, but a “haunt” it is not. It’s rarely scary, but always intriguing. The characters are amusing and enjoyable to watch, but the level of engagement is restricted by not being able to speak, despite frequently being directly spoken to. It’s an uncomfortable mix of theater and exploration, with overly restrictive interactivity. All that considered, it is most definitely unlike any other Halloween attraction in Florida.

Following The Ritual, guests are encouraged to stick around and explore two more floors of the building, one called The Gin Joint with a bar and live 1920’s speakeasy style performances, and the other The Readers’ Clearing, where guests can get tarot readings and enjoy some included gelato.

Whether all this ultimately worth the $100 – $400 ticket price tag will be up to how much entertainment the guest finds inside. If getting scared is the goal, perhaps it’s not worth anywhere near that price. But if the goal is to experience a budding style of entertainment wrapped in the context of Halloween season, then perhaps guests will find their money’s worth deep within the vault.

Comments Off on Vault of Souls debuts as a different kind of Halloween attraction, replacing scares with never-ending suspense