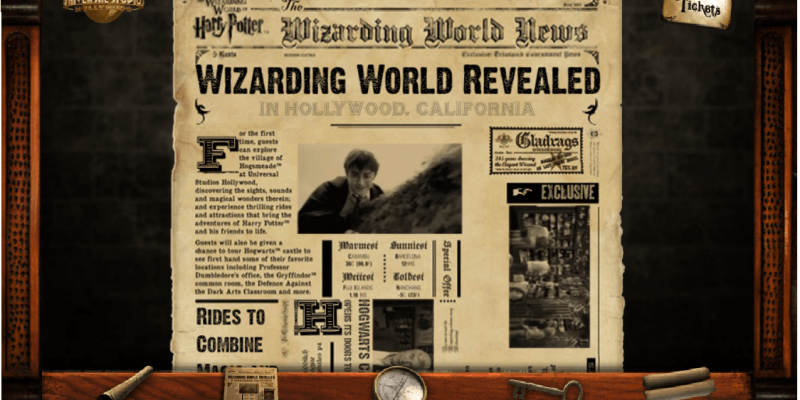 Since 2010, “The Wizarding World of Harry Potter” has been a goliath in the theme park industry. The initial opening of Hogsmeade was seen as a triumph of theming and storytelling, with the “Harry Potter and the Forbidden Journey” attraction winning the Golden Ticket Award for best new ride in 2010. The expansion of Diagon Alley in 2014 only further showcased Universal’s ability to compete with the very best in the theme park industry.

With such a high bar of success coming from Universal Orlando, it was only a matter of time until Harry Potter found his way to Hollywood.

After announcing that “The Wizarding World of Harry Potter” would expand to Universal Hollywood in 2011, many began to question if the land would look slightly different than one built in Orlando. On Tuesday, Universal unveiled an interactive website today, giving fans an idea of what the new area will look like as well as a look at their “Harry Potter and the Forbidden Journey” attraction and “Flight of the Hippogriff,” which is set to become Universal Studios Hollywood’s first outdoor rollercoaster.

Based on the virtual tour available to fans, Universal looks to have succeeded in bringing the Wizarding World to Hollywood. Fans are encouraged to sign up for the latest news and information at www.universalstudioshollywood.com/harrypotter/signup.