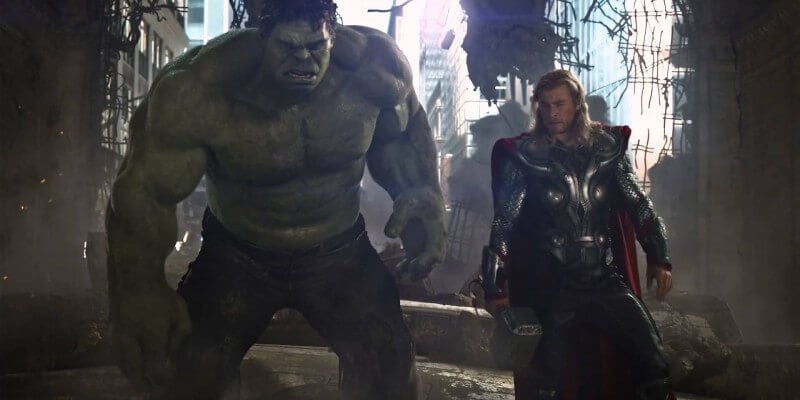 The MCU continues to move forward with news releasing almost daily about the ever-expanding universe. With many characters on their way (such as Black Panther and Spiderman) in “Captain America: Civil War”, it’s not surprising that most of the attention has remained focused on the First Avenger’s sequel. Still, arguably the most powerful Avenger is gearing up for a sequel of his own that may have far reaching consequences for the MCU on Earth and on the Cosmic side as well. Today, word was announced that the next chapter of Thor’s story will be filmed in Australia. Considering the franchise has been known to bounce between drastically different worlds (such as Midgard, Asgard, and Svartalfheim), the diverse landscape of Australia seems like an obvious choice to film. Considering that IGN reported that the Australian government is throwing in a combined $34 Million to get both Thor and Alien 5 to film in their country, it is hard to discount that the money likely helped. Chris Hemsworth was not only happy to hear about the news that he’ll be filming in his home country, but actually filmed a quick thank you to the Australian government.

While hearing that a location has been set for filming is exciting news, the last couple weeks surrounding the new Thor film have been incredible. Not only did Variety confirm that Ragnarok would bring back fan favorites Tom Hiddleson and Jaime Alexander as Loki and Lady Sif, but they also broke the story that Mark Ruffalo would be making a huge return as the Hulk.

Having the Hulk and Thor team-up is an extremely shrewd way to utilize the underused Ruffalo. While Bruce Banner had some important moments in the latest Avenger’s film, the incredibly popular Planet Hulk storyline featured the “Other guy” almost exclusively. So far, that side of the Dr. Jeckyl/Mr. Hyde story has not been explored, and is a worthy side of his persona to understand. Considering that the Ragnarok is the end of times in Norse mythology, it is also fair to say that we will a lot of battle sequences in the film. The supposed events that Ragnarok is based upon also means that Hulk’s role here might be used to supplement his Planet Hulk storyline. Ruffalo has gone on record explaining the issue that stands in the way of getting a big screen adaptation of the Hulk, saying that the issue lies with Universal. Forbes broke it down nicely, explaining that while Marvel can make as many Hulk films they want, Disney would be unable to distribute them because those rights still rest with Universal. If Marvel can’t make the definitive version of Planet Hulk, sending the Hulk into an otherworldly, battle-torn, “alien” environment with other super-powered beings seems like a perfect fit in the meantime. Variety also reported that Taika Waititi will be taking over as director for the next film. Waititi’s most known feature is likely What We Do in the Shadows, but like the Russo Brothers comes from primarily a TV show background with Flight of the Concords and The Inbetweeners. This is definitely marking a trend for Marvel directors, with the Russos, Peyton Reed and James Gunn all coming from primarily comedy backgrounds before they delivered their takes on Marvel heroes. It’s been an interesting gamble so far, and as long as it continues to work, will likely continue moving forward.

The other big news surrounding the film is the possible addition of the Valkyrie. Valkyrie is another Asgardian who has shown up to help the Avengers on several occasions (she actually debuted in The Avengers #83 in 1970), but is most known for her roles as the Asgardian leader of the Valkyrior and a member of the Defenders. She’s also been a love interest of Thor’s, and considering that there appears to be some tension between Portman and the Marvel, this might be a way of transitioning away from Jane Foster. Adding another woman superhero will never be a bad thing (considering that we won’t be getting a movie centered on one until 2019), and her role as a Defender is also important to consider. While Marvel initially announced that the Netflix Series The Defenders would be comprised of Daredevil, Luke Cage, Jessica Jones, and Iron Fist, no real progress has been heard on the Iron Fist series. With more rumors circulating about Blade, Moon Knight, or even a Punisher spin-off than Iron Fist, bringing a character from the films and making them a centerpiece of a TV show might be a smart move (and is certainly not unprecedented for Marvel).

We’ll keep you updated here at Inside the Magic as more news comes out on the MCU. Thor: Ragnarok is scheduled to release on November 3rd, 2017. It will be directed by Taika Waititi and will star Chris Hemsworth, Mark Ruffalo, Tom Hiddleson, and Jaime Alexander.