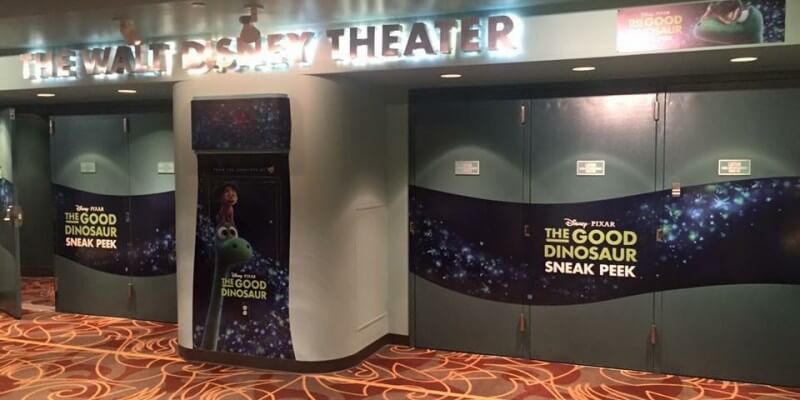 A sneak preview of the upcoming Pixar movie “The Good Dinosaur” at Walt Disney World’s Hollywood Studios and at Disney’s California Adventure at Disneyland Resort has begun today. The screening itself runs several minutes long and gives viewers the most extensive look yet of the much-anticipated film.

Located at the “One Man’s Dream” attraction on Mickey Avenue at Hollywood Studios, the preview will air until December 4, with the Walt Disney film returning to screens the following day. The Good Dinosaur will be released on November 25 to U.S. movie theaters.