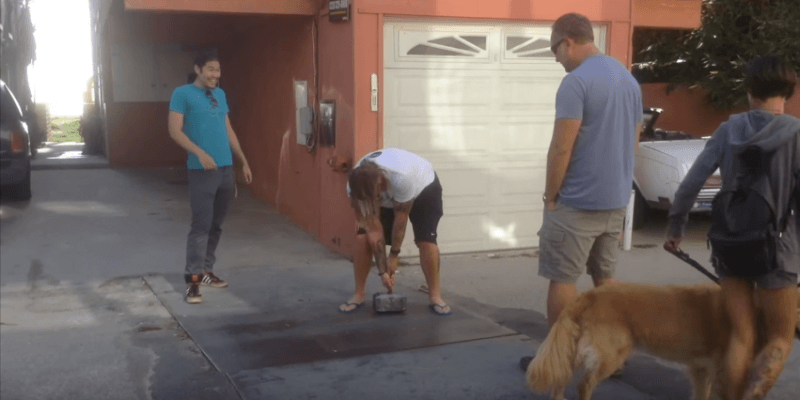 A very cool replica of the mighty Thor’s hammer Mjolnir was made in which only its maker is worthy enough to lift.

Using a fingerprint scanner on the handle, only he can “unlock” the hammer’s powerful magnets that secure it to the ground as long as there’s metal underneath it.

That doesn’t mean a bunch of unknowing people don’t try their hand at it anyway. One “victim” figures out the trick but only after seeing it first being lifted. There’s even one guy who looks like Thor, but he has just the same luck as everyone else.

Comments Off on VIDEO: Realistic Thor hammer created with magnets to prank people with