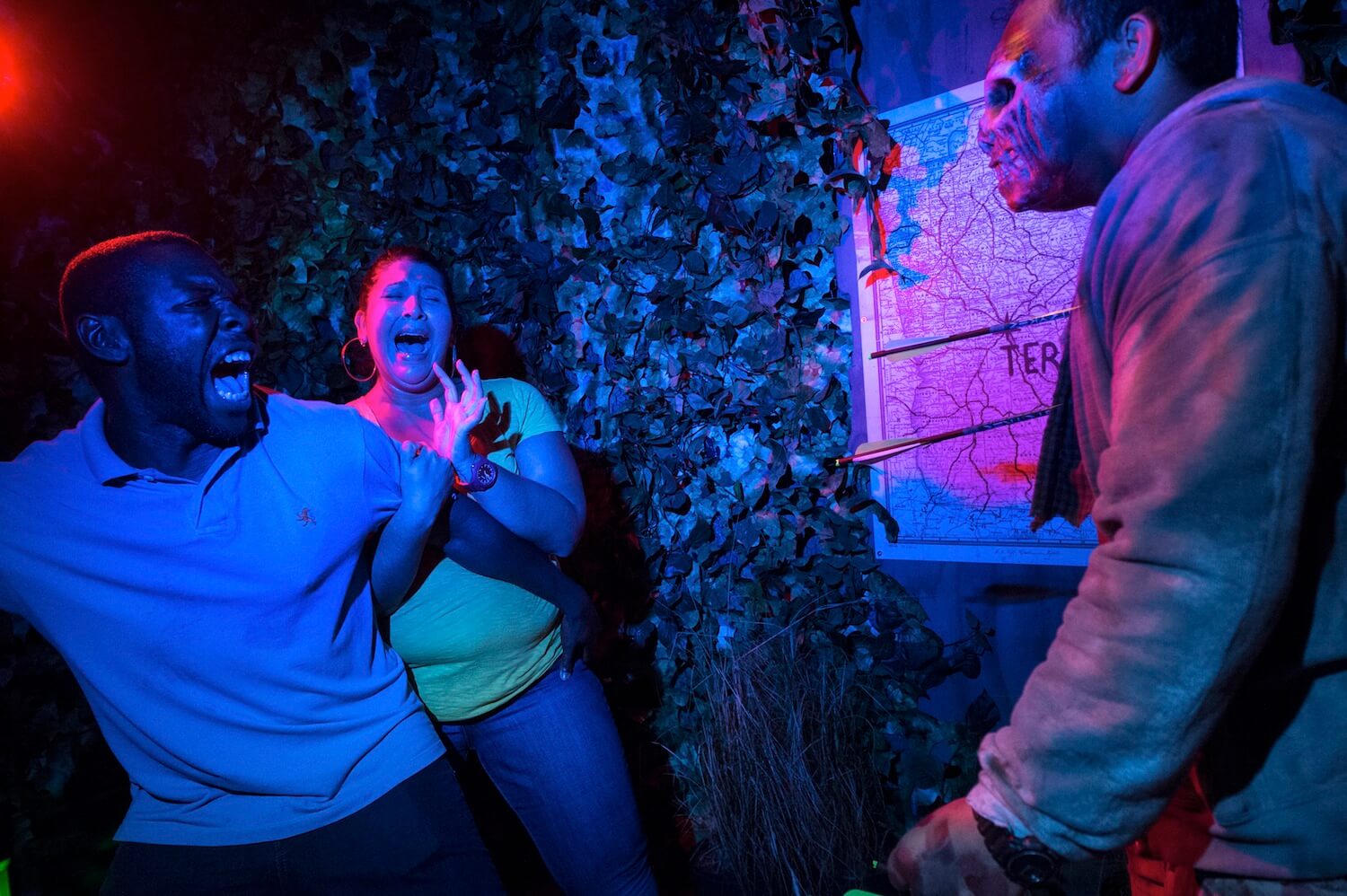 On this day, the most haunted of holidays, we revisit Universal Orlando’s Halloween Horror Nights 25 for another trip down nightmare lane. We all know Jack, this year’s icon and everyone’s favorite reside psychotic clown prince of pain, but some may have forgotten icons of years past.

Make no mistake, they may not be as twisted as the Clown Prince of Pain, but under Jack’s reign of terror these icons make their own lasting impression on what you should truly fear. Each of the icons take part in their own re-telling of their tales, offering up their own performance, shedding light on their own individual backstories.

The creepiest and most disturbed of those icons have returned to the streets once more. You’ll meet Julian Browning, The Usher, who was a dedicated employee at the Universal Palace Theater. He met a slow, painfully torturous death by strangulation during a 1940 re-release showing of the classic Lon Chaney motion picture Phantom of the Opera. When you stumble across Elsa Strict, The Storyteller, you’ll find her patiently and menacingly rocking in her chair. Her tales are meant to hypnotize, but she’s not the sweet old lady you’d mistake her for. Paulo Ravinski, The Director, is a European film director who has a taste for capturing the essence of pain and suffering in his unique artistic ways; by torturing and killing his actors.

Finally you’ll arrive with the Dr. Albert Caine, The Caretaker of Shady Oaks Cemetery. A truly disturbed man, he and his family would use the bodies that passed through their funeral parlor for grotesque experiments. Often unearthing bodies in the cemetery for them to dance around with at night, in a party-like setting. But now he’s moved on from the dead, and onto the living.