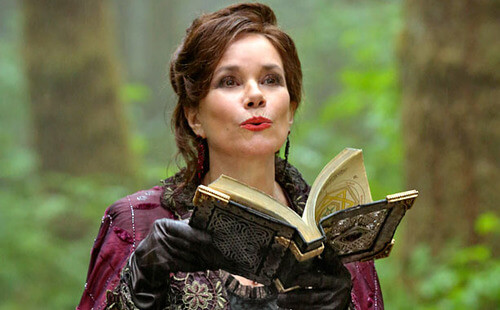 For Disney fans, ABC’s Once Upon a Time has been an interesting blend of classic Disney stories, mind bending departures, and an intriguing fantasy tale. The show is now cruising through its 5th season and heading towards the milestone 100th episode in the process. Yesterday, casting announcements spread even more excitement as the show continues to grow in popularity.

First, THR broke the story on who will portray Merida’s parents in the upcoming two hour episode “Birth,” to air on November 15th. King Fergus will be portrayed by Glenn Keogh (Sons of Anarchy, Transformers: Age of Extinction), and Queen Elinor will be played by Caroline Morahan (Doctor Who). The episode will involve Merida (Amy Manson) teaming up with Ruby (Meghan Ory) and Mulan (Jaime Chung) to go on an adventure. There is still some mystery as to how they will be introduced, but Merida has previously stated her father has passed, leading to some speculation the pair will be introduced via flashback.

Fergus and Elinor were extremely popular in Pixar’s Brave and often stole the spotlight from protagonist Merida. It’ll be interesting to see if Once Upon a Time will go darker with Merida’s origins as they have with many other popular characters (such as Pan or Belle). Considering Merida is still new to the show, the next half season could go a long way to define her future, and her past, within the context of the show. Another exciting bit of information to release yesterday was EW’s report that Barbara Hershey (Beaches, Insidious, Black Swan) will return to the series for the 100th episode. Hershey was able to cast her movie star persona over the series when she debuted in 2012 as Cora Mills. Cora is a composite character of the Miller’s daughter from the Rumpelstiltskin tale and the Queen of Hearts, and also happens to be Regina’s Mother. Considering that she is supposed to be deceased, this should surprise and excite many viewers. It is not uncommon for shows to provide special festivities or bring back fan favorite characters for the 100th episode. It is likely that Once Upon a Time has something special up its sleeve with Hershey returning, especially considering that her IMDB page has updated to include not one, but two episodes. If Hershey has even a tenth of the impact the last time she made an appearance on the show, it’s likely to shape the future of the series.

ABC’s Once Upon a Time airs at 7 PM (EST) on Sunday Nights.