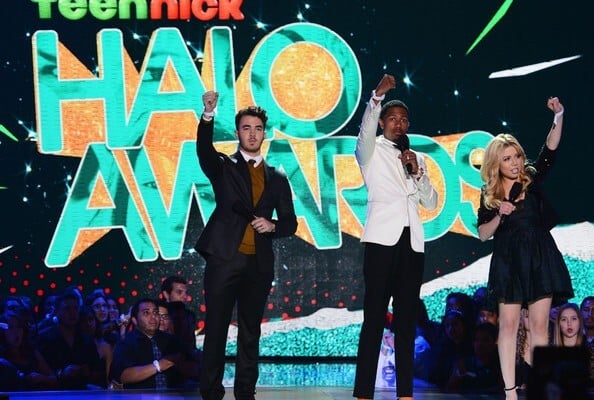 During the 1990s, the cartoon and children’s network Nickelodeon was a staple of the Universal Orlando Resort. Housed primarily where the Blue Man Group currently perform, the on-site studio remains a staple of any young adults nostalgia.

While the studio stopped filming narrative programs and gameshows in 2005, Nickelodeon and Universal have maintained their relationship. In fact, Universal will soon house a taping of one of Nickelodeon’s marquee events. The Universal Orlando will be hosting a live taping of the 2015 Nickelodeon HALO Awards on November 7th. The event, hosted and executive produced by Nick Cannon, looks to showcase young adults and leaders across the United States. The kids receiving awards are recognized for performing important works within their local communities.

HALO actually stands for “Helping and Leading Others,” showcasing the public service required in order to receive an award. Each recipient is paired with a celebrity who is passionate about the same issues in their community, creating an excellent networking opportunity for all involved. The winners also receive grants for the organizations they represent, as well as scholarship opportunities. This year, Nick Cannon will be joined by rock band Walk the Moon. Walk the Moon, known for their massive Number 1 hit “Shut Up and Dance,” will perform a six song set including new songs and help Cannon with the festivities. The concert is included in admission to Universal Studios Florida and will take place at the Music Plaza stage at 7 p.m.

For more information about the taping of the 2015 HALO Awards, visit blog.universalorlando.com.

Comments Off on Nick Cannon, Walk the Moon headline the 2015 Nickelodeon Halo Awards at Universal Orlando Resort on Nov. 7th