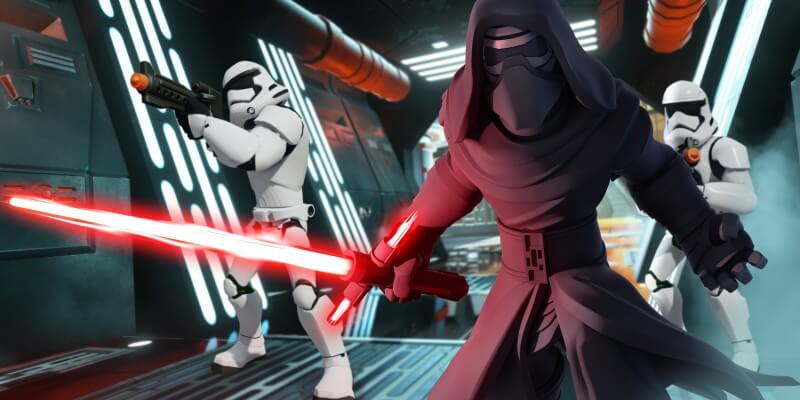 Two new Disney Infinity 3.0 characters were unveiled by Disney Interactive and Lucasfilm on Monday for the upcoming Star Wars: The Force Awakens Play Set to be released on December 18, the same day the film will be released in U.S. theaters. Now available for pre-order at major retailers, the Force Awakens is the third Star Wars Play Set after Twilight of the Republic and Rise of the Empire. The Play Set will include both Finn, “a soldier on a path to adventure and danger”, and Rey, “a true survivor who is resourceful and capable”. “When Star Wars: The Force Awakens is introduced December 18, the Disney Infinity Play Set will be the only game where fans of all ages will be able to experience key moments from the film,” said Ada Duan, Vice President, Lucasfilm Digital Business & Franchise Management. “Lucasfilm worked closely with Disney Interactive to develop a fun experience for kids and families who are just getting to know these new Star Wars characters and stories.”

Precious few details about the actual Play Set were made available but Disney Interactive notes that players will be able to “travel to a galaxy far, far away alongside new heroes and old friends in search for a much-needed ally”. (Is it Luke? Or Jar Jar?)

The new Play Set will be priced at $34.99 with both Poe and Kylo Ren available separately for $13.99 each. A Force Awakens themed Power Disc Pack will also be available for $9.99.