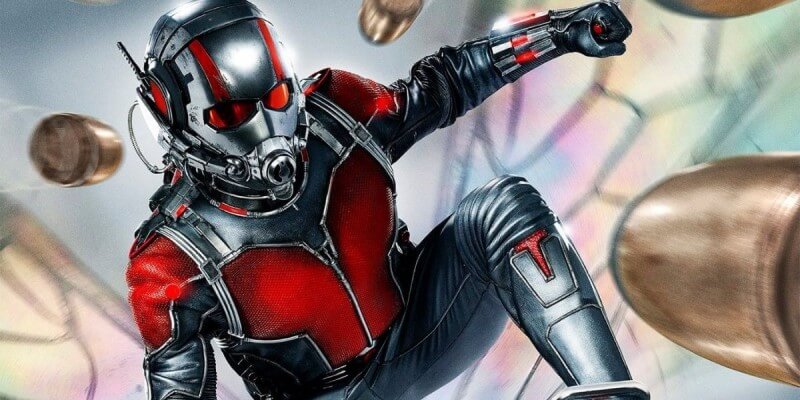 As one of the surprise hits of the summer, both critically and commercially, Marvel’s Ant-Man has already been pegged as one of the most anticipated Blu-Ray releases of the year. Due to the film’s late July release, there was some question as to whether or not it would be available in time for the holiday season. This week, Marvel confirmed it will be on its way in time for the holidays, with a November 17th release for the Disney Movies Anywhere App, and December 8th release for Blu-Ray/DVD packs.

As per Marvel’s Press Release for the film:

The next evolution of the Marvel Cinematic Universe introduces its next biggest super hero: Marvel’s “Ant-Man”! Armed with the amazing ability to shrink in scale but increase in strength, master thief Scott Lang (Paul Rudd) joins forces with his new mentor Dr. Hank Pym (Michael Douglas) to protect the secret behind his spectacular Ant-Man suit from ruthless villains! With humanity’s fate in the balance, Pym and Lang must plan and pull off a daring heist against insurmountable odds. Filled with humor, awesome special effects and exclusive bonus features, this action-packed adventure takes you to new levels of pulse-pounding excitement!

The hard copy editions of Ant-Man will be available in Blu-Ray, 3D Blu-Ray, and DVD formats. There also seems to be very big difference between the special features on the DVD versus those on the Blu-Ray editions. The Blu-ray edition will come with exclusive featurettes, including a “Making of Ant-Sized Heist: A How-to Guide” and “Let’s Go to the Macroverse,” the WHIH Newsfront Ant-Man related stories (the CNN of the the MCU), deleted scenes and audio commentary from Peyton Reed and Paul Rudd.

The cover art for each version also varies. 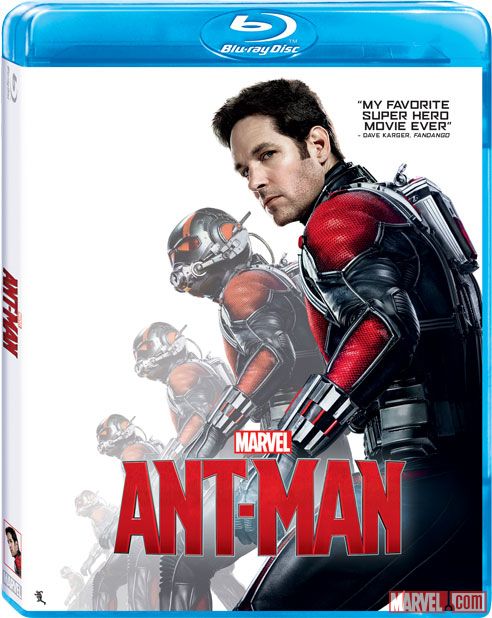 On the other hand, the DVD may have a lone alternate scene with Paul Rudd’s Scott Lang and his daughter. With so much bonus content on the Blu-Ray, the DVD may be a tough sell. There will also be an exclusive SteelBook edition released at Best Buy for the 3D version of the film, with the inside of the case themed after the SSD circuit board for those who really enjoyed the film.

The release trailer for the Blu-Ray is posted below.

The release trailer is narrated by Michael Peña as fan favorite character Luis. The release trailer follows in the same format as his storytelling from the film, and is a strong way to incorporate his character into the marketing. Hopefully, Luis and his friends join Scott Lang and the Pym family in the sequel, Ant-Man and the Wasp, scheduled for a 2018 release. Until then, the Blu-Ray will have to hold Marvel fans over (or at least until Ant-Man shows up in Captain America: Civil War in May).