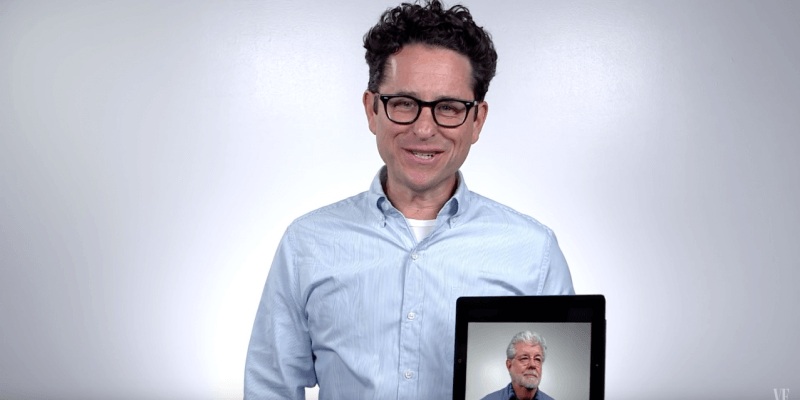 With less than two months until the release of Star Wars: The Force Awakens, director J.J. Abrams has been making himself available for a number of events. This week, he sat down with Vanity Fair to answer questions about the film. What makes this particular series of questions so fun is that other celebrities ask him questions about the series. The list of celebrities is pretty long, but is undoubtedly headlined by George Lucas. Abrams also gets questions on Lost and Cloverfield, so fans of Abrams work should enjoy it.

The full video is posted below.

Abrams is able to have fun with the interview while skirting around questions about the movie. Getting questions about Lost was a given, and T.J. Miller’s joke about Cloverfield 2 feels timely given the clout that Abrams has built. With only a couple months until the release, Abrams is clearly excited to debut the next chapter in the genre-defining saga. His work on Star Trek was well received, and so far the footage for the new film has been incredible. While many remain cautiously optimistic, color us excited to see a new chapter unfold in a galaxy far far away.

Comments Off on “Star Wars: The Force Awakens” director J.J. Abrams answers questions from George Lucas and other celebrities