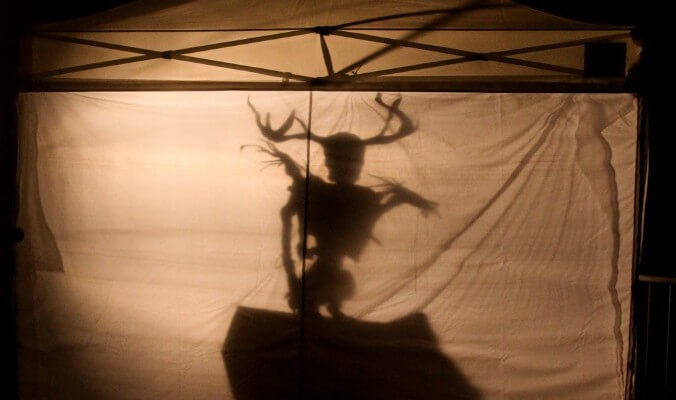 Under new creative direction, Howl-O-Scream 2015 is in a bit of a transitional year at Busch Gardens Tampa.

While the event this year features seven haunted houses, just one is new with the rest repeating old scares. Fortunately, that one new experience brings a new brand of terror to the park, one emerging from the depths that brings with it hope for Howl-O-Scream’s future. Unearthed is a partnership with “Blair Witch Project” producer Robin Cowie that successfully delivers a cinematic approach to a haunted house. Cowie worked with Busch Gardens’ creative team to not only shoot this year’s event commercials and promo videos but also to create a haunted attraction that ties directly in with those videos.

The mix is a tremendous success. Using the former Gwazi roller coaster load/unload station, the story of “unearthing” an old decrepit shack underneath the park plays out as the excavation team’s tents are set up with explorers pleading with guests not to enter, as clearly something has gone horribly wrong inside. They are emotionally distraught as a result of whatever they found inside. Naturally, it piques curiosity and starts the story even while guests are still standing in line. Guests then feel the descent “below” the park by way of a long winding ramp, another part of Gwazi’s former presence in the park. Dimly lit with flickering work lights it works perfectly as another part of the queue, continuing to set the creepy tone for what lies ahead. The winding path turns into a covered, wooden-lined corridor, as if the walkway was actually dug down into the earth. And then suddenly, guests are inside the haunted house.

There is no clear division between queue and the attraction itself, except for an open doorway into the “house.” Once inside, the stale smell of old dirt permeates all walls and each dark twist and turn is lined with clever scares. At first, it all appears somewhat normal, if only formerly home to some eclectic residents. But things quickly turn sinister – and ultimately supernatural.

The design of the house is very believable, particularly as its wooden structure looks and sounds like it could collapse at any second. It keeps guests alert at all times. The house itself is a character creating fear in the experience. Add to that many well hidden startles and the whole experience definitely has a “horror movie” feel to it through the end, rarely resorting to cheap “boo” scares that often plague Howl-O-Scream houses.

Unfortunately, one excellent new haunted house does not make the entire event a success for 2015. The older houses have become rather stale and it’s definitely time for the “Fiends” show to be retired, simply rehashed year after year.

But there is much promise for the future of Howl-O-Scream if its new houses are designed in a similar cinematic approach as is the case with Unearthed.