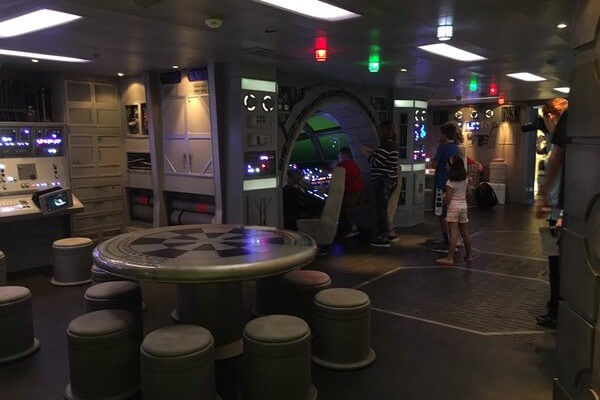 Back in April, Disney announced new additions to their “Disney Dream” cruise ship as part of a planned remodeling after five years of service.

This week, the ship set off again on the high seas with dedicated play areas featuring “Star Wars” and “Disney Infinity” as well as a new sweet shop called “Vanellope’s Sweets & Treats” modeled after the “Sugar Rush” video game in “Wreck-It Ralph” that is filled with candy and ice cream.

Scott Sanders from DisneyCruiseLineBlog.com is currently onboard the vessel and has been uploading pictures of the new interior on social media. .@starwars room in the Oceaneer Club replaces Nemo area aboard the #DisneyDream pic.twitter.com/ba9QSOkhEg As part of the Disney’s Oceaneer Club, kids can hang out in the play area to take part in several activities as well as watch episodes of Disney XD’s “Star Wars: Rebels”. They even hold the Jedi Training Academy here. Wow, this was an excellent program for the kids on he #DisneyDream pic.twitter.com/cZxaCjleJ1 — Scott Sanders (@TheDCLBlog) October 27, 2015

There are many other new additions to the ship for both kids and adults as well.

Special thanks to Scott for the photos. Make sure to follow him on Twitter for more photos of Disney Dream and for news about Disney Cruise Line.