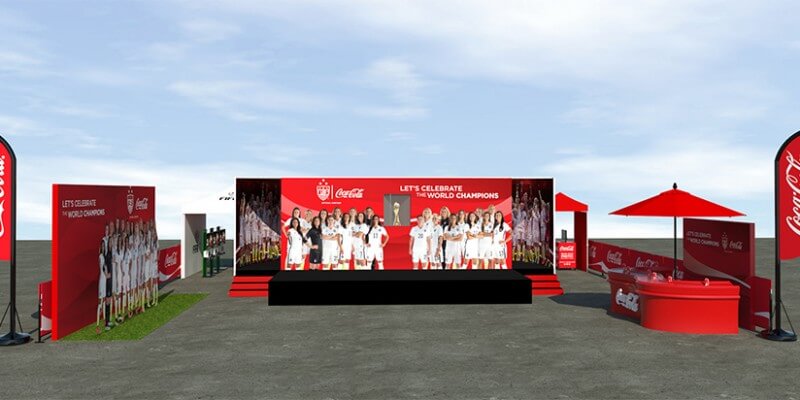 As part of the Coca-Cola Share The Celebration Experience, the actual winner’s trophy from the 2015 FIFA Women’s World Cup will be coming to Walt Disney World’s Disney Springs tomorrow, October 23 from 12:00pm to 6:00pm.

The United States won their title in a fierce final against Japan on July 5 and the trophy will now be on tour around the country for fans to get to see it for themselves and take photos.

This will be the first stop on the tour, which will also have United World Soccer merchandise for sale, complimentary photos and Coca-Cola samples.

Guests who want to check out the trophy are encouraged to arrive early at the West Side promenade, near Cirque du Soleil and House of Blues.

For more info, head on over to the Disney Parks Blog.