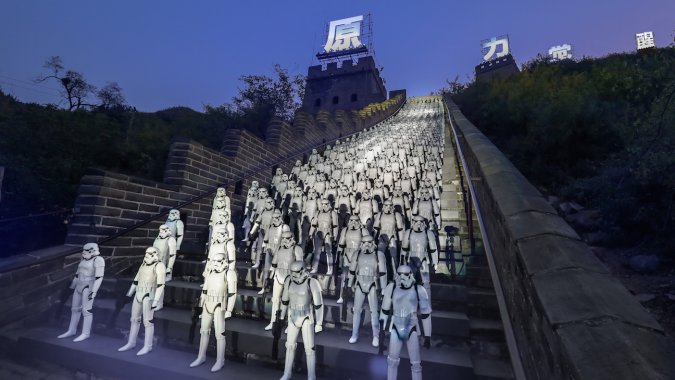 While fans continue to re-watch the new “Star Wars: The Force Awakens” trailer over and over again in search of new clues, Disney is finding more creative ways to promote the impending release.

Though there are several opening dates for the movie around the world, the one country they apparently doesn’t have one yet is China which is likely why Disney decided to set up a huge campaign at the Great Wall on Tuesday.

It must have been a quite to see 500 marching stormtroopers appearing at the historic site, with Disney also handing out hundreds of red and blue lightsabers along with other merchandise from the blockbuster film to lucky fans, according to the Hollywood Reporter. Huge banners reading “The Force Awakens” were also unveiled at the event.