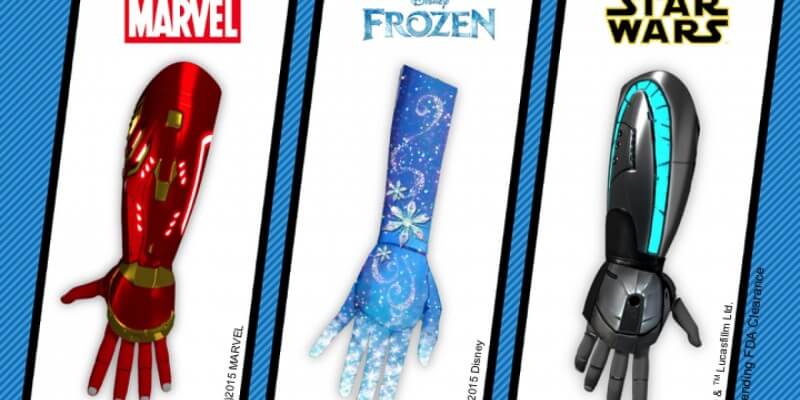 Cutting edge technology and the guidance and assistance of Disney is helping to create some of the coolest bionic prosthetics for children in need.

As well as providing fun and functionality, the prosthetics are able to monitor the child’s muscle development allowing them to build up strength and dexterity. The Iron Man hand, for example, has a mode that uses the LEDs mounted in its surface to display the muscle signals the child is sending to the device. To the child it’s a cool light display, but it means parents or health professionals “can see what’s happening under the surface,” said Mr Gibbard. “Over time you can see if a child’s muscles are getting stronger.”

The three prosthetics were developed during a three-month programme that pairs start-ups and entrepreneurs with large corporations. Open Bionics was given $120,000 (£78,000) in capital and given access to designers and technicians who have worked on Iron Man, Frozen and the forthcoming Star Wars movie. Disney also provided royalty-free licences which – combined with Open Bionics expertise in low-cost prosthetics – will keep prices down. Mr Gibbard expects them to cost less than $500 each and hopes to have them on sale “before the end of 2016”

Check out Independent for the full story.

Comments Off on Disney helping to create affordable, stylish prosthetic hands for children